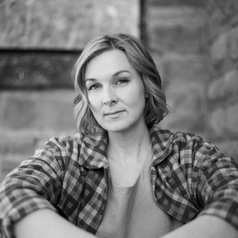 Smart city technologies are an increasingly popular approach to urban governance and sustainable development worldwide, but their implementation, use and impact on society are only just being fully understood.

In India, projects undertaken under the banner of the national Smart Cities Mission (a “business model for urbanization” launched in 2015) have prioritized the construction of elevated light rail networks, introduced surveillance technologies in public spaces, upgraded municipal service delivery and started building new cities from scratch.

Although these initiatives are often promoted as politically neutral and beneficial for all, they’re being increasingly criticized for catering to the priorities of affluent citizens and private developers while displacing low-income people from living spaces and livelihoods to make way for the smart “world-class” city.

Cities around the world are now looking toward smart solutions to prevent the spread of disease in the wake of the COVID-19 pandemic. India has received international praise for its smart city model for pandemic recovery and many cities have continued to push technological development projects forward throughout the pandemic.

But smart technologies are not socially and politically neutral. Rather, expert-led technological best practices can intensify gendered, casted, racialized and classed inequalities, and threaten the livelihoods of women who are informal workers in cities across India and the Global South.

This is particularly true for women working as recyclers in India’s informal economy, because the spaces they need to generate daily subsistence incomes are increasingly sanitized, surveilled and revitalized by the arrival of smart technology.

Dirty work in the ‘clean city’

The city of Ahmedabad, considered one of India’s cleanest cities, was one of the first 20 communities to receive funding through the country’s Smart Cities Mission.

Thousands of women informal recyclers (or waste pickers, as they’re called colloquially) collect and sell recyclable materials (like paper, cardboard, plastics and metals) from urban public spaces to earn around 50 to 150 rupees a day (about 66 cents to $1.98 in U.S. dollars).

Informal recyclers perform essential tasks of waste segregation and recycling where formal waste management systems have long been absent or lacking. Due to the informality and precarity of their work, workers experience significant health threats and exploitation daily.

They also experience stigmatization due to their gender, poverty and because, as members of the Dalit caste, they’re perceived as impure and untouchable (the hierarchical caste system separates “pure” from “polluted” castes and divides labour and labourers in society).

In this initiative, solid waste management was prioritized as requiring modernization via technologies and public-private partnerships. But emerging approaches to waste management favoured entrepreneurial and capital-intensive technical fixes like mechanized waste collection by vehicles and GPS technologies.

I’ve found that the manual work of recycling by women is being overtaken by machinery and a new male labour force, since operating equipment and driving vehicles, cycle rickshaws or trucks, are tasks predominantly performed by men in India.

The challenges for women recyclers were mounting even prior to the pandemic. The emerging male workforce could collect materials overnight and access materials in the dark before women felt they could safely leave their homes early in the morning. Equipped with waste collection trucks, these workers could also travel longer distances to cover larger areas and collect/transport heavier and more valuable recyclable items to the scrap market.

My research shows that women recyclers were coping with these challenges by working longer days and walking longer distances to find materials. As a result, they were experiencing intensifying physical, mental and financial burdens in generating daily incomes.

When the pandemic hit and India imposed a strict lockdown in March 2020, new private contractors and waste workers were designated as essential workers and continued collecting garbage and recyclables, while women informal recyclers had to stay home and fend for themselves without an income.

Smart technologies have been prioritized in Ahmedabad’s pandemic response with the aim of slowing disease spread.

Pandemic-era projects like the accelerating shift to mechanized, privatized solid waste collection, the introduction of smart waste bins in the city’s public spaces and the planned redevelopment of its largest slum area are among the initiatives that are particularly salient for women recyclers. The spaces where they live and work are targeted for sanitization, surveillance and redevelopment.

The era of smart pandemic urban governance is likely to compound the threats to their lives and livelihoods. Hygiene concerns stemming from COVID-19 further entrench the stigma of untouchability for low-income Dalit women waste workers who are at risk due to smart city intentions to revitalize and transform cities into places of consumption.

The COVID-19 pandemic has revealed many systemic inequalities built into our societies and institutions. Recovery efforts aim to “build back better” and deliver a more equitable, inclusive and sustainable urban future.

I suggest rethinking the transformation and development of new infrastructure, public spaces and services according to modern esthetic ideals and profit-making imperatives. Instead, a truly smart, equitable and sustainable pandemic recovery needs to be based on a reparative approach and focus on the needs, priorities and everyday practices of people living and working in cities.