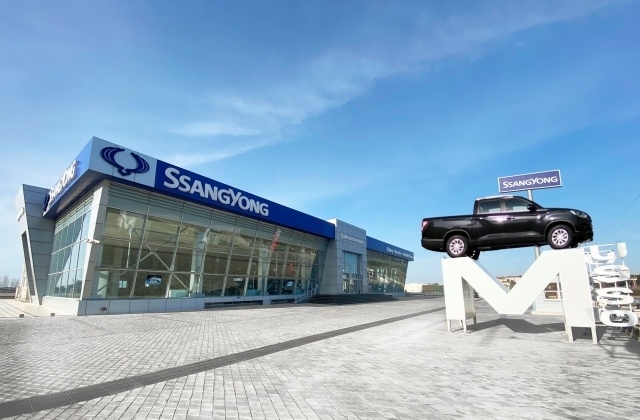 SsangYong Motor has been put up for sale after struggling to keep the business going. It did not receive many bids at first, but now, many companies have entered the race for its acquisition.

It was recently revealed that Samra Midas or SM Group had joined the bidding at the last minute. The South Korean leading construction firm said that it would like to buy the local vehicle company as it should remain under the management of a Korean group.

“SsangYong Motor is a beloved brand for Koreans,” a senior SM official told the Maeil Business Newspaper via Pulse News two weeks ago. “It should not be sold to a foreign capital.”

Industry observers are predicting that Edison Motors and SM Group will remain as the final candidates to acquire SsangYong Motor, and between the two, The Korea Times reported that the carmaker is hoping the new ownership would be awarded to SM Group. This is because it believes SM is the best group that can help the company recover from its financial crisis.

"SM has a strong financial structure and detailed financing plans,” a senior official said. “Therefore, SsangYong employees are backing SM's participation. In terms of chemical combination, SM's acquisition of SsangYong Motor, if it actually happens, will be beneficial to both as SM aims to expand its profile in automotive parts."

At any rate, it was mentioned that seven other firms have forwarded their letters of intent (LOI) to take a majority stake in the embattled Korea-based automobile manufacturer. Ernst & Young Han Young, an auditing firm, is managing SsangYong Motor’s sales process.

According to Yonhap News Agency, the Korea Corporate Governance Improvement (KCGI) fund formed a consortium with Edison Motors, Keystone Private Equity, and two other companies to buy SsangYong, and this is expected to go against SM Group in the acquisition race. The consortium, if it wins the bid, will transform SsangYong into an electric vehicle-focused vehicle-making company.

While SsangYong thinks SM should be its next owner, Edison Motor chairman, Kang Young Kwon, believes that his company is the best firm that can help SsangYong get back on track again. This is because Edison has the expertise in manufacturing electric commercial vehicles that SsangYong could also make later on and restart its business.