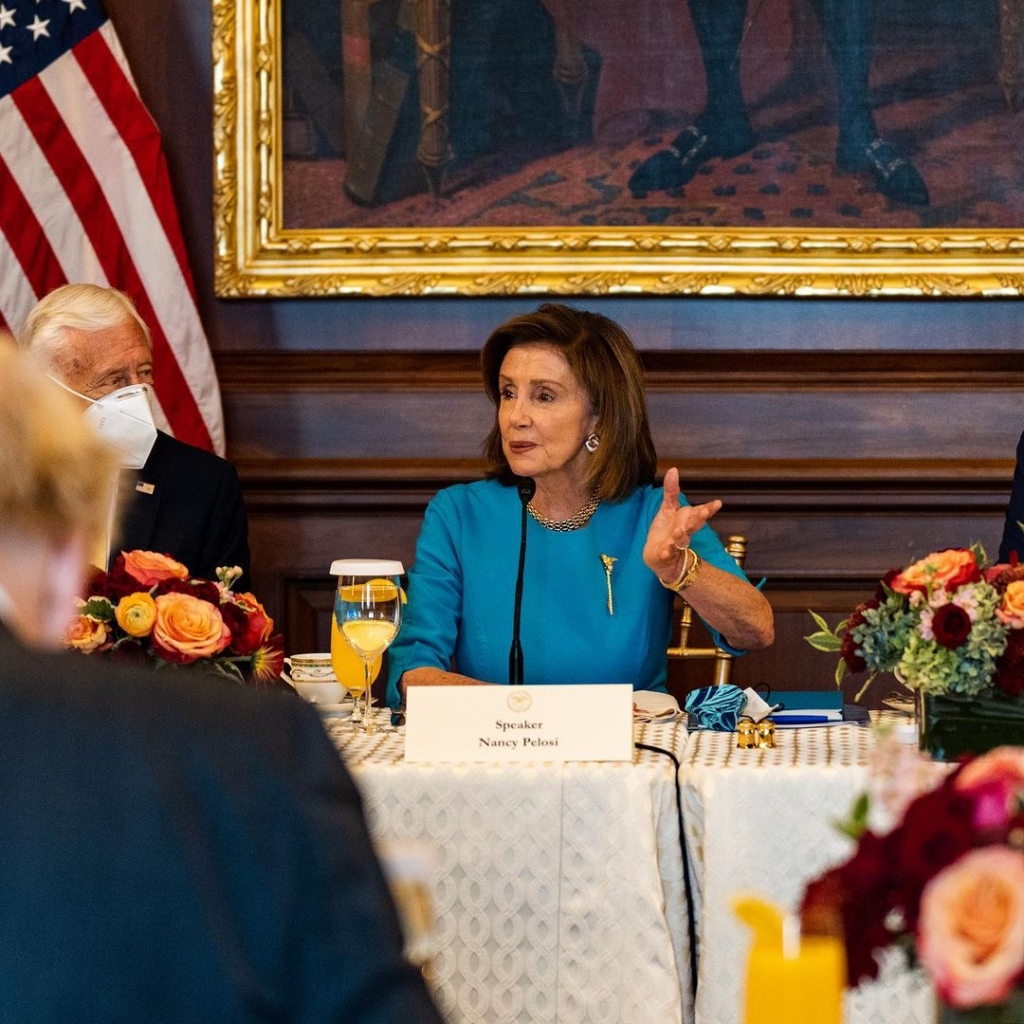 US House Speaker Nancy Pelosi was barred from receiving communion by the very Conservative Archbishop of San Francisco due to her stance on abortion. Pelosi pushed back on the ban, questioning why Republicans who support the death penalty are still being given the sacrament.

Speaking on MSNBC’s “Morning Joe,” Pelosi publicly commented on the communion ban placed on her by Archbishop Salvatore Cordileone, who said she would be banned from receiving communion unless she walks back her stance on abortion.

The top congressional Democrat questioned whether Cordileone had a double standard as the religious sector kept mum on Republican lawmakers who support the death penalty.

“I wonder about the death penalty, which I am opposed to. So is the church but they take no action against people who may not share their view,” said Pelosi, who is known to be a devout Catholic.

“We just have to be prayerful, we have to be respectful. I come from a largely pro-life Italian-American Catholic family, so I respect people’s views about it, but I don’t respect us foisting it onto others,” added Pelosi.

Pelosi also ripped into Cordileone for his vehement opposition to same-sex marriage, citing that the cleric’s position was not aligned with the gospel of Matthew, attempting to paint the GOP as opposed to helping those in need. Pelosi added that while Republicans claim they are against abortion, they are also opposed to in vitro fertilization, family planning, and even contraception.

The ban by Cordileone also comes amidst public outrage towards the draft opinion by the Supreme Court’s Conservative majority, ruling to overturn the 1973 Roe v. Wade abortion decision.

Meanwhile, Pelosi condemned the recent mass shooting that occurred at an elementary school in Texas, killing at least 19 children and two teachers and wounding 17 others. The gunman, Salvador Ramos, was also fatally shot by law enforcement.

Pelosi also echoed many officials in calling for Congress to pass gun reforms to prevent future shootings, saying that reforms are long overdue.

“For too long, some in Congress have offered hollow words after these shootings while opposing all efforts to save lives. It is time for all in Congress to heed the will of the American people and join in enacting the House-passed, bipartisan, commonsense, life-saving legislation into law,” said the top Democrat.