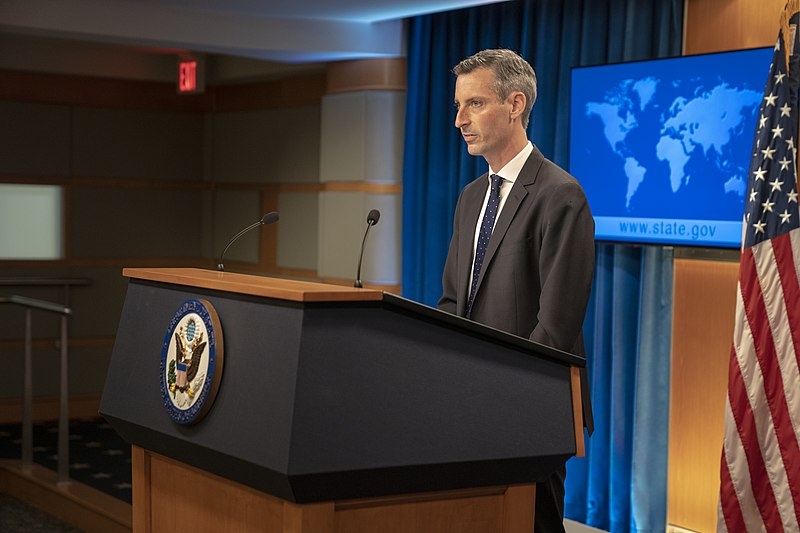 The US has also pushed back on China’s sovereignty claims over the Taiwan Strait. Beijing has often been angered by the passage of foreign ships into the Strait. In response to Reuters, US State Department spokesperson Ned Price reiterated that the Taiwan Strait is an international waterway and is therefore subject to international law.

“The Taiwan Strait is an international waterway, meaning that the Taiwan Strait is an area where high seas freedoms, including freedom of navigation and overflight, are guaranteed under international law,” said Price, adding that there is an interest in “abiding peace and stability” in the region, that the US considers being important for “security and prosperity in the broader Indo-Pacific region.”

Price also stressed Washington’s concerns about Beijing’s “aggressive rhetoric and coercive activity regarding Taiwan,” and the US will continue to transit in areas where international law permits, including the Taiwan Strait.

“China’s ambition to swallow up Taiwan has never stopped or been concealed; the Taiwan Strait is a maritime area for free international navigation,” Su told reporters.

Taiwan has repeatedly maintained that China has no authority to speak for the island or claim sovereignty over the democratically-governed nation and that the Taiwanese people are the only ones who can decide their own future.

China has not ruled out using force to attempt to reunify the island, which it claims as part of its territory. Beijing has engaged in a pressure campaign to get the island nation to accept China’s sovereignty, but Taiwan has resisted.

Taiwan’s lead negotiator on trade told Reuters this week that a possible invasion of Taiwan by China would affect global trade much more than the war in Ukraine, as it would result in a shortage of semiconductor chips.

While Taiwan has not reported signs of a possible invasion by China, Taipei has raised its alert levels since the war in Ukraine started.