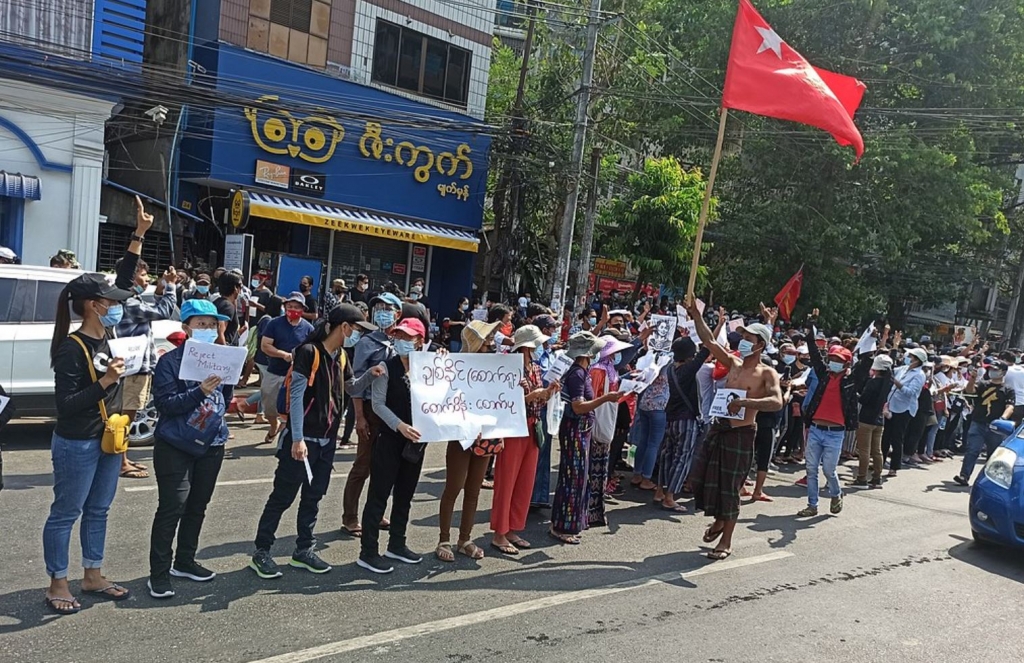 Protest against the 1 February 2021 coup d'état in Myanmar, held near the University of Yangon on 8 February 2021. 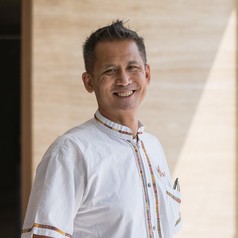 Since the coup in Myanmar on February 1, the international community has struggled to agree on coherent action against the military (also known as the Tatmadaw).

Tough action by the UN Security Council has been stymied by China, Russia, India and Vietnam, who see the Myanmar crisis as an internal affair.

Outside the UN, a strong, coordinated response by Myanmar’s neighbours in the Association of Southeast Asian Nations (ASEAN) has also been lacking due to their reluctance to interfere in each other’s affairs. Thai political expert Thitinan Pongsudhirak called it an “existential crisis” for the bloc.

This reluctance, which has now cost the lives of over 500 civilians, rules out the use of military force to stop the violence, peacekeeping operations or even a humanitarian intervention.

It has left the international community with one remaining option for a coordinated response that could change the military’s behaviour: the imposition of economic sanctions. But even this action has been subject to much debate.

General sanctions that try to change the behaviour of authoritarian regimes by damaging their economies have proven problematic in the past. Many leaders have invariably found ways around the sanctions, meaning civilians have disproportionately borne the costs of isolation.

In contrast, targeted sanctions against the specific financial interests that sustain authoritarian regimes have been more effective. These can impose pressure on regimes without affecting the broader population.

This is where the international community has the greatest potential to punish the Tatmadaw.

Since the US and other countries pursued more general sanctions on Myanmar in the 1990s and 2000s — with mixed results — the international community has gained a greater understanding of the Tatmadaw’s transnational revenue streams.

In particular, in 2019, the UN Fact-Finding Mission (UNFFM) on Myanmar released a report detailing the diverse Tatmadaw-linked enterprises that funnel revenue from foreign business transactions to the military’s leaders and units.

More recently, this list of potential targets has been expanded by non-government organisations and investigative journalists.

The extent of information on the Tatmadaw’s financial flows shows just how vulnerable the military’s leaders are to international pressure.

Tracking the military’s legal and illegal business dealings makes it possible to identify its business partners in other countries. Governments in those countries can then take legal action against these business partners and shut off the flow of money keeping the junta afloat.

To some degree, this is starting to happen with Myanmar. The US and UK recently decided, for instance, to freeze assets and halt corporate trading with two Tatmadaw conglomerates — Myanmar Economic Corporation and Myanma Economic Holdings Limited. Both of these oversee a range of holdings in businesses that divert revenues directly to the Tatmadaw.

Myanmar’s trading partners can do more

This is only a starting point, though. To tighten the pressure on the junta, targeted sanctions need to be imposed against the full suite of entities identified by the UNFFM. These include groups like Justice for Myanmar and journalists.

The sanctions need to be accompanied by broader investigations into the Tatmadaw’s revenues from illicit trade. To counter this, Human Rights Watch has urged governments to enforce anti-money laundering and anti-corruption measures, including the freezing of assets.

Singapore’s central bank has reportedly told financial institutions to be on the look-out for suspicious transactions or money flows between the city-state and Myanmar. Singapore is the largest foreign investor in the country.

Moreover, for maximum impact, targeted sanctions need to be imposed not just by the West, but by Myanmar’s largest trading partners in the region. This includes Singapore, along with China, India, Indonesia, Japan and Thailand.

Business leaders in these countries have historically had the closest ties with Myanmar’s military and business elites. But their participation in a multi-national targeted sanctions strategy is not out of the question. For one, this would not require direct intervention within Myanmar, something they are loath to do. Imposing targeted sanctions would merely entail enforcing their domestic laws regarding appropriate business practices.

International action is becoming more urgent. Beyond the concerns about the killings of unarmed civilians, there is a larger issue of the violence extending beyond Myanmar’s borders. There are growing fears the crisis could turn Myanmar into a failed state, driving refugee flows capable of destabilising the entire region.

In short, this is no longer an “internal” matter for Myanmar — it is becoming a transnational problem that will affect regional peace and security. The tools are there to stop the financial flows to the Tatmadaw and curtail their operations. It is critical to act before the Myanmar crisis grows into an international disaster.