3 symptoms of vitamin B12 deficiency 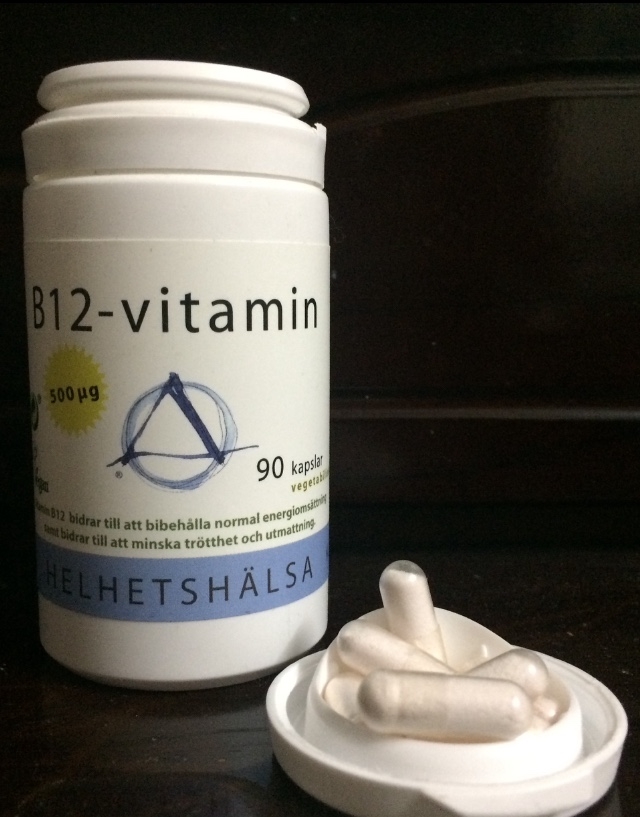 Photo by Epine via Wikimedia Commons

It is fairly easy to restore levels of vitamin B12 in the body, but a deficiency in this vitamin may be due to either eating a vegetarian diet or due to age, which is more likely to happen. It can also be caused by existing autoimmune diseases like HIV or Crohn’s. The body is able to get vitamin B12 through the small intestines. A protein in the stomach helps the body absorb this vitamin. If a person does not have enough of this vitamin due to the factors previously explained, it is also referred to as “pernicious anemia.”

Although these are symptoms of vitamin B12 deficiency, it is also worth noting that these can also be symptoms for other conditions. First of which is having pale or yellow skin. People with a vitamin B12 deficiency may have pale skin or a tinge of yellow in their complexion as well as the whites of the eyes. Because vitamin B12 is important to produce the DNA material needed to make red blood cells, a lack of this vitamin will keep the cells from dividing.

The third is a change in mobility. Having a vitamin B12 deficiency may cause harm to the body’s nervous system, especially if left untreated. So there may be changes to the way the person walks or moves, and they could even be prone to falling as it can also affect their balance and coordination. This symptom is more common in the elderly.