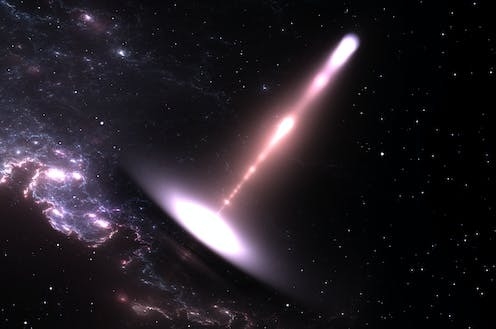 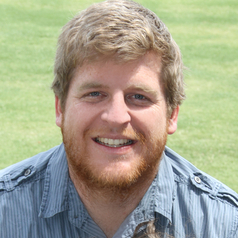 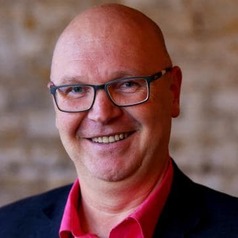 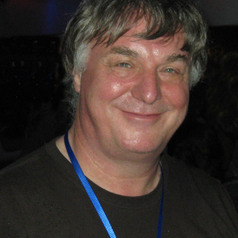 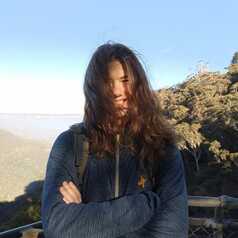 Astronomers at Western Sydney University have discovered one of the biggest black hole jets in the sky.

Spanning more than a million light years from end to end, the jet shoots away from a black hole with enormous energy, and at almost the speed of light. But in the vast expanses of space between galaxies, it doesn’t always get its own way.

At a mere 93 million light-years away, the galaxy NGC2663 is in our neighbourhood, cosmically speaking. If our galaxy were a house, NGC2663 would be a suburb or two away.

Looking at its starlight with an ordinary telescope, we see the familiar oval shape of a “typical” elliptical galaxy, with about ten times as many stars as our own Milky Way.

Typical, that is, until we observed NGC2663 with CSIRO’s Australian Square Kilometre Array Pathfinder (ASKAP) in Western Australia – a network of 36 linked radio dishes forming a single super-telescope.

The radio waves reveal a jet of matter, shot out of the galaxy by a central black hole. This high-powered stream of material is about 50 times larger than the galaxy: if our eyes could see it in the night sky, it would be bigger than the Moon.

While astronomers have found such jets before, the immense size (more than a million light years across) and relative closeness of NGC2663 make these some of the biggest known jets in the sky.

So, what did we see, when the precision and power of ASKAP got a “close-up” (astronomically speaking!) view of an extragalactic jet?

This research is led by doctoral student Velibor Velović of Western Sydney University, and has been accepted for publication in the journal Monthly Notices of the Royal Astronomical Society (preprint available here). Our Evolutionary Map of the Universe (EMU) survey sees evidence of the matter between galaxies pushing back on the sides of the jet.

This process is analogous to an effect seen in jet engines. As the exhaust plume blasts through the atmosphere, it is pushed from the sides by the ambient pressure. This causes the jet to expand and contract, pulsing as it travels.

As the image below shows, we see regular bright spots in the jet, known as “shock diamonds” because of their shape. As the flow compresses, it glows more brightly. 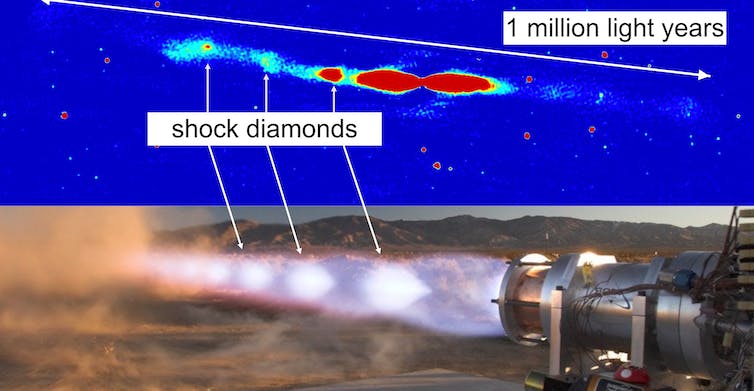 As well as in jet engines, shock diamonds have been seen in smaller, galaxy-sized jets. We’ve seen jets slam into dense clouds of gas, lighting them up as they bore through. But jets being constricted from the sides is a more subtle effect, making it harder to observe.

However, until NGC2663, we’ve not seen this effect on such enormous scales.

This tells us there is enough matter in the intergalactic space around NGC2663 to push against the sides of the jet. In turn, the jet heats and pressurises the matter.

These jets affect how gas forms into galaxies as the universe evolves. It’s exciting to see such a direct illustration of this interaction.

The EMU survey, which is also responsible for identifying a new type of mysterious astronomical object called an “Odd Radio Circle”, is continuing to scan the sky. This remarkable radio jet will soon be joined by many more discoveries.

As we do, we’ll build up a better understanding of how black holes intimately shape the galaxies forming around them.