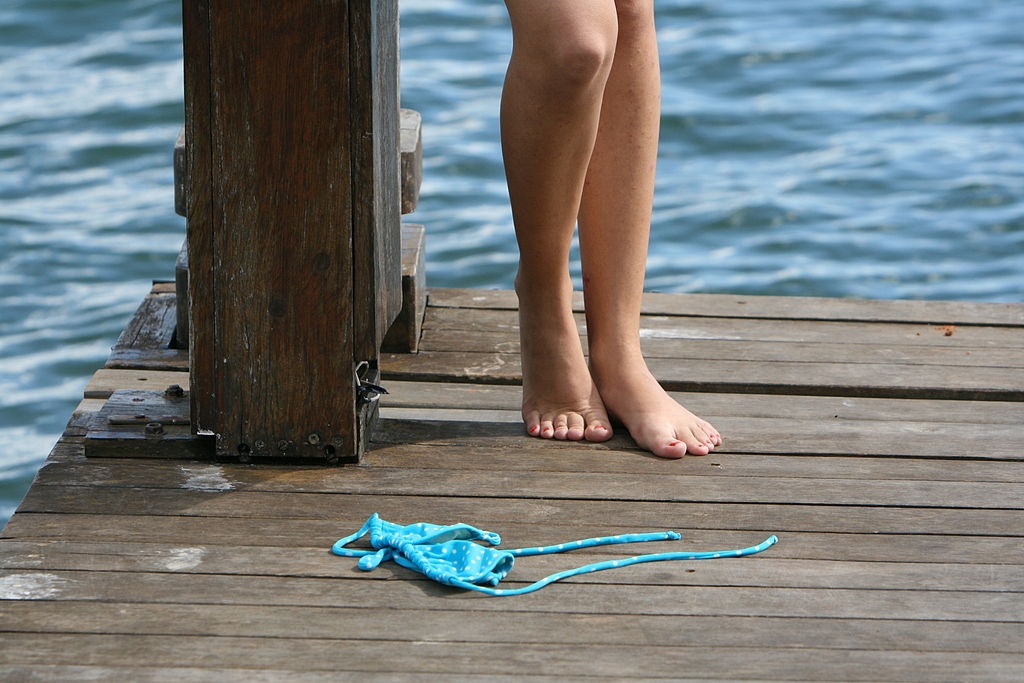 New technologies make it easier than ever for peeping Toms – and the law isn't much help to stop them. Gisele Porcaro/Wikimedia Commons, CC BY 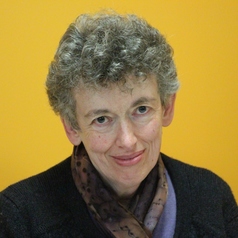 Recent advances in technology mean we can no longer rely on fences or barriers around our homes to protect our privacy. This was certainly the case for Darwin resident Karli Hyatt, who on Tuesday explained to the ABC’s Law Report how a drone invaded the security and privacy of her suburban backyard.

Hyatt had returned home last week from an evening gym session, undressed and jumped into her secluded backyard pool. She thought she was “skinny-dipping” in private. Within minutes, though, a small camera-mounted quadcopter drone was hovering close overhead. Hyatt is certain it was watching her, although there was no operator to be seen.

She describes the experience as initially shocking and has ongoing concerns about who might have been flying the drone and why. The result is an erosion of trust and cohesion in her neighbourhood and a feeling of insecurity in her own home. You can listen to the ABC interview here. A camera-mounted drone quadcopter can now be bought and flown without a licence in Australia. succo/Wikimedia Commons, CC BY

The Civil Aviation Safety Authority (CASA) relaxed rules on privately operated drones last year, although some restrictions remain. However, flying a drone over private property isn’t illegal under CASA rules, nor is filming someone from it. Aircraft are generally permitted overflight of properties; otherwise they could fly only over public land.

In fact, most Australian states have barred home owners from suing aircraft operators for causing “nuisance” by overflight.

Although the Northern Territory is one of the few exceptions, the courts are still resistant to claims of nuisance against aircraft without proof of persistent and continuing interference with the property. One or two overflights (even on the same day) are unlikely to be enough to establish this.

Unlike its common-law cousins, Australia lacks a tort of privacy. This is based on the conventional view that it would effectively prohibit people looking over each other’s fences. If you don’t like that happening – the old reasoning goes – you should build a higher fence.

Although most common-law countries have moved past this view, Australia hasn’t. This means Karli Hyatt couldn’t sue the drone operator (if she could find them) for a breach of privacy.

What all Australian jurisdictions have criminalised is harassment and stalking, however conducted. But these laws generally require a “pattern of behaviour”.

In the NT, for instance, it would have to be proved that the activity involved intentionally watching Hyatt “on at least two separate occasions” with the “intention of causing harm” to her or causing her to “fear harm”. Given she doesn’t know who was flying the drone or why, this will be hard to prove.

That said, this case does appear to involve a breach of the relaxed CASA flight rules; the drone was being flown at night, within 30 metres of her and out of sight of the operator. But because she doesn’t know who was flying the drone she can’t identify someone to report to CASA.

If it happens again she can’t prove it is the same drone – as would be needed to apply nuisance, harassment and stalking laws – nor the intentions of the operator.

One of the reasons drone rules were relaxed is that CASA simply cannot monitor every privately operated drone. CASA also insists it cannot be responsible for policing privacy breaches by drones. But there isn’t another agency that can effectively do this.

With no regulatory agency, no tort of privacy, (nearly) no nuisance and inapplicable harassment and stalking laws, there isn’t much law when it comes to peeping Toms using drones around our homes and private spaces.

Technology has left law behind

Critics of increased protections against “privacy-invasive technologies” such as drones argue that we are already subject to surveillance by CCTV and satellites. They also point out that neighbouring properties often overlook modern dwellings.

In those situations, however, the person being observed is put on reasonable notice or can easily identify the observer. We can build a higher fence, plant a hedge, or install a blind. If someone has filmed us from a neighbouring apartment, the footage will likely reveal who was doing it or from where. If we are accidentally recorded on Google Earth, there is a single company to negotiate with or put pressure on.

However, technologies like drones really do seem to change the privacy landscape. The sheer number of them, their mobile nature and the inability to identify who is operating them limit our ability to protect ourselves from prying eyes.

As Karli Hyatt’s case shows, simply expecting home owners to build higher fences is no longer really applicable, so it might be time for the law to step in.

In 2014, a Commonwealth parliamentary committee delivered a report, Eyes in the Sky. It recommended reforming laws on harassment and stalking and introducing a tort of privacy for unreasonable interference into private spaces – as did the Australian Law Reform Commission the same year. Yet such rules depend on proving who was operating the drone in the first place.

Almost all off-the-shelf drones contain GPS and flight recorders. One technical/legal solution might be to require that they also be fitted with a mobile SIM card (just as your tablet can have a cloned SIM card from your mobile). Flight data would then be automatically uploaded to the cloud-based government database whenever the drone was within reach of a mobile network.

Tampering with the recorder would be illegal. This would allow CASA, the police or private citizens to establish who was flying a drone.

While there might be some technical or logistical obstacles, and some infrastructure costs for government, this proposal would not overwhelm CASA with the burden of directly regulating the increasing number of drones.

Drones have many positive uses, such as firefighting. (Note: this video is from before the relaxing of drone rules.)

Most drone owners act in good faith and respect others, but a few rogue ones misusing the technology may turn the public tide. Drones have many socially positive uses, but spying on people in their own homes is not one of them. The law needs to help residents protect themselves against such invasions.

Brendan Gogarty does not work for, consult, own shares in or receive funding from any company or organization that would benefit from this article, and has disclosed no relevant affiliations beyond the academic appointment above.