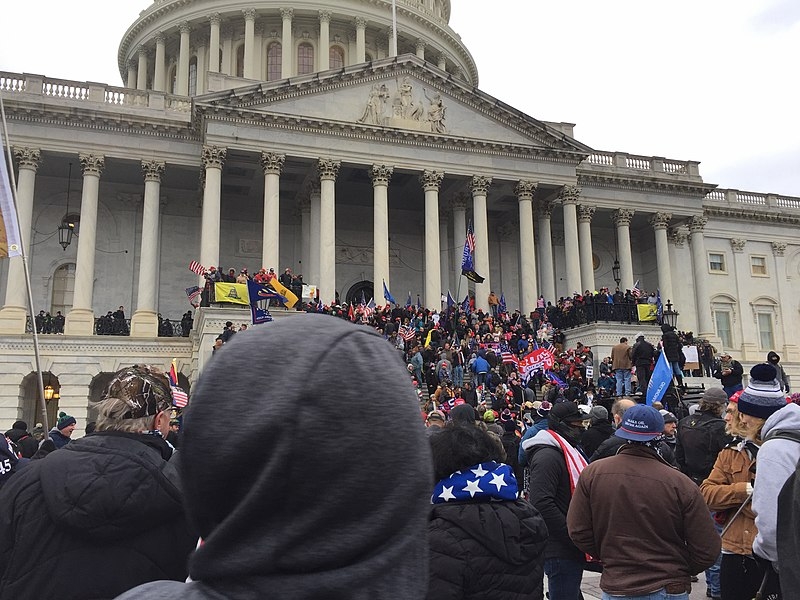 It is known that among the insurrectionists who stormed the Capitol on January 6 were members of far-right militia groups such as the Proud Boys and the Oath Keepers. With several members of those groups getting arrested by the feds, the FBI recently carried out a raid at the home of one of the leaders of the Philadelphia division of the Proud Boys.

The Philadelphia Inquirer reports that FBI agents recently carried out a raid in the home of Proud Boys Philadelphia vice president Aaron Whallon Wolkind last week. The feds seized Wolkind’s computer, phone, and other electronic devices in the search for evidence in relation to the planning of the January 6 insurrection. Wolkind was handcuffed when the raid was carried out but was not arrested or charged.

“The search warrant permitted agents to seize records and information related to people who ‘collaborated, conspired, or assisted,’ or ‘communicated about matters’ including their whereabouts, during the attack on the Capitol on Jan 6 or the ‘legitimacy of the 2020 presidential election,’” said the court filing.

The warrant also stated that the feds are also allowed to seize clothing that proves to associate Wolkind with the Proud Boys, according to the court filing via the outlet. The offenses that were cited in the search warrant are the same as the criminal charges that the Proud Boys Philadelphia leader Zach Rehl is currently facing.

Rehl is one of the several right-wing militia group members that have been arrested for their participation in the insurrection. Some of the members have also opted to cooperate with the federal law enforcement authorities in their investigation. Hundreds of pro-Trump insurrectionists have been arrested and detained, with some already charged and are facing sentencing.

Meanwhile, House Minority Leader Kevin McCarthy’s conversation with Donald Trump during the insurrection is one of the facts known regarding what was happening in the midst of the siege. According to Democratic Rep. Adam Schiff, who is also a member of the committee, he caught McCarthy in a lie, when his Republican counterpart lied to reporters regarding their conversations but had no explanation when confronted.

Speaking on MSNBC’s “Morning Joe,” Schiff explained the panel’s goal of rooting out the threat posed towards the country’s democracy as one of the reasons for investigating the insurrection. The California congressman shared his story of catching McCarthy in a lie. Schiff recalled that he was having a private conversation with the House Republican leader, only to catch McCarthy tell the press the exact opposite of what they talked about.

Schiff then revealed that when he confronted McCarthy regarding that incident on the House floor, the House Minority Leader only said, “Yeah I know, Adam, but you know how it goes.”