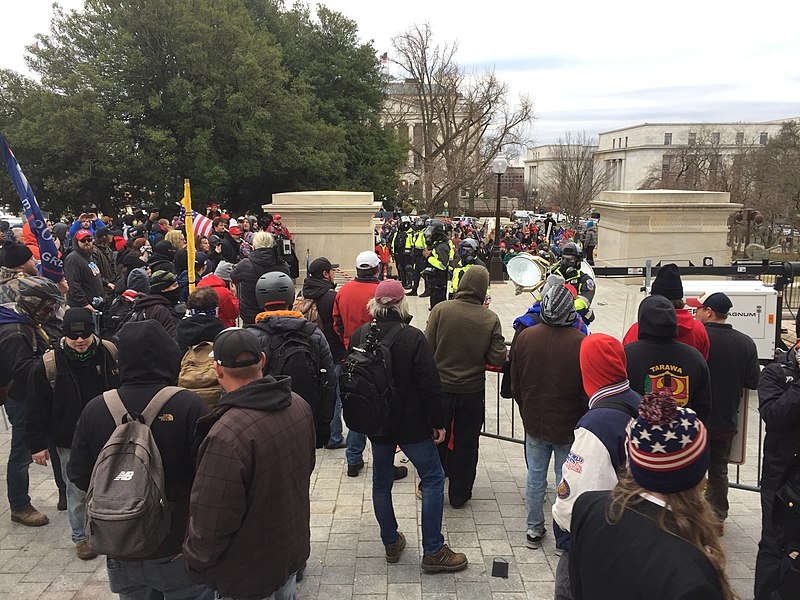 Right-wing figures have begun spreading conspiracy theories regarding the January 6 insurrection at the Capitol, including Fox News personality Tucker Carlson. In her recent appearance on the network, Rep. Liz Cheney blasted the right-wing figure for spreading such theories about the insurrection.

Cheney appeared at Chris Wallace’s show over the weekend, where she was pressed on how figures like Carlson are alleging that the Capitol insurrection was a “false flag operation” staged by the US government. The GOP lawmaker, one of the two Republicans on the House committee probing the riots, described Carlson as being “un-American” for spreading such conspiracy theories, noting the similarity to the conspiracy theories regarding 9/11.

“You know, it’s the same kind of thing that you hear from people who say that 9/11 was an inside job,” said Cheney. “It’s un-American to be spreading those kinds of lies and they are lies. And we have an obligation that goes beyond partisanship, an obligation that we share -- Democrats and Republicans together -- to make sure that we understand every single piece of the facts about what happened that day and to make sure the people who did are held accountable.”

Cheney added that calling the insurrection a false flag operation is “very dangerous.”

Five people were killed in the riots that occurred hours after Donald Trump and his allies held a rally protesting against Congress’s certification of Joe Biden’s victory. Dozens of police officers who responded to the siege were left injured by the rioters. The insurrectionists were also targeting top members of Congress, including House Speaker Nancy Pelosi and vice president Mike Pence.

Meanwhile, Democratic Rep. Gerry Connolly appeared on MSNBC Monday, where he suggested that Congress should return to an old policy of instructing the House Sergeant-at-Arms to detain those who defy congressional subpoenas. Connolly’s comments follow increasing frustration from lawmakers and the public towards the slow actions by the DOJ under Attorney General Merrick Garland.

Garland’s DOJ has yet to charge Steve Bannon with an indictment for criminal contempt for refusing to comply with the House Committee’s subpoena. When pressed by host Nicolle Wallace on whether he has had enough of the DOJ slow-walking the process towards Bannon, Connolly replied that the DOJ “takes too long.”