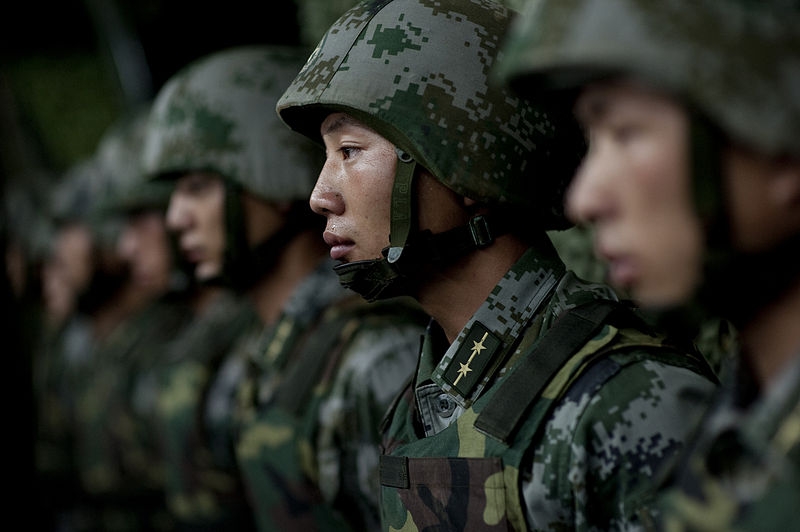 The situation between Taiwan and China has sparked concerns that it may lead to a military conflict that could potentially involve other countries. Recently, a video of Chinese troops carrying out beach invasion drills sparked further concern of a possible military invasion into the island nation.

The People’s Liberation Army Daily shared a video of its troops carrying out a military exercise on the beach on the Chinese social media platform Weibo Monday. The video showed the soldiers storming the beach in a mock invasion of the area. The video footage also comes as tensions between China and Taiwan have escalated in recent months. China regards Taiwan as a breakaway province and has vowed to reunify the island nation with the mainland, possibly through military means.

However, Taiwan’s democratic government has resisted Beijing’s pressure campaign to get the nation to submit to the mainland’s sovereignty. In the video footage, the soldiers were also seen cutting through barbed wire and moving through other obstacles before digging trenches. The video also showed the soldiers in a combat simulation in a forest. Despite the possible military means of invading the island nation, Chinese President Xi Jinping has vowed that reunification would be done peacefully and must be fulfilled.

Taiwan’s leader Tsai Ing-wen also recently took a formal stance against the pressure from Beijing and has warned the nation of the consequences should China succeed in taking control of the democratically-ruled island. Some experts have said that China is still considering a military invasion of Taiwan.

Taiwanese officials have also warned that China is already capable of carrying out an invasion on the island nation. According to China expert Isabel Hilton, China has held back on a full-scale invasion out of fear of how the US may respond. Hilton explained that whether China would ultimately invade Taiwan would also depend on the military relationship between the island nation and the US.

“It rests on a strategic ambiguity which has been maintained ever since the United States switched its democratic recognition from Taiwan to the People’s Republic,” said Hilton, who cited that the arms treaty between the US and Taiwan was where the ambiguity of the US would be stemming from.