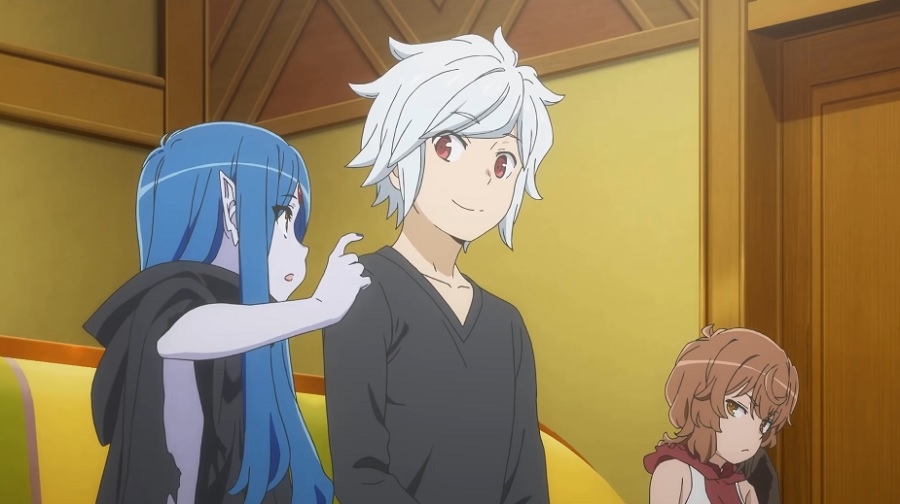 The anime series is revealing more about the group of monsters to which Weine belongs, and it will also lead to a major revelation involving Fels. The “DanMachi” season 3 episode 4 preview shows Fels joining Bell and the others at a feast hosted by the Xenos where the cloaked character’s face will be unveiled.

Based on the events from last week’s installment, “DanMachi” season 3 episode 4 is likely to cover the concluding parts of the light novel’s ninth volume. It is then possible for the anime to show the remaining parts of Ouranos and Hestia’s conversation where the former reveals who are the other people who have known about the Xenos.

At this moment in the light novel, Ouranos confirmed that Fels has been acting under his command and that he has been helping him with the Xenos. This explains why Fels appears to be with Bell and others while they are celebrating their new friendship with the Xenos. Lyd will ask the other intelligent monsters to prepare a feast for the Hestia Familia. During this gathering, and upon Fels’ arrival at the lair, the cloaked character’s past, real identity, and appearance are likely to be revealed.

If the anime were not to stray away from the events in the light novel, viewers should expect “DanMachi” season 3 episode 4 to reveal that Fels had first learned about the Xenos at least 15 years ago and that the monsters have been allies of Ouranos since. It is likely to be confirmed that Fels used to be a human revealing that there is a skull being covered by the cloak’s hood. Fels was not an ordinary human, too, because he was a Sage who managed to develop an immortality stone.

Revealing that the Ikelos Familia are out for blood against the Xenos would be a good way to wrap up volume 9 in “DanMachi” season 3 episode 4. In the light novel, it was revealed that they were able to capture a Xenos monster that they had kept in a cage after secretly following the Hestia Familia into the dungeon to escort Weine.

A new episode is released every Friday, so expect “DanMachi” season 3 episode 4 to be available on Oct. 23. Fans outside Japan can watch it through a simulcast on Crunchyroll’s paid platform starting on Saturday, Oct. 24, at 12:30 a.m. PT.