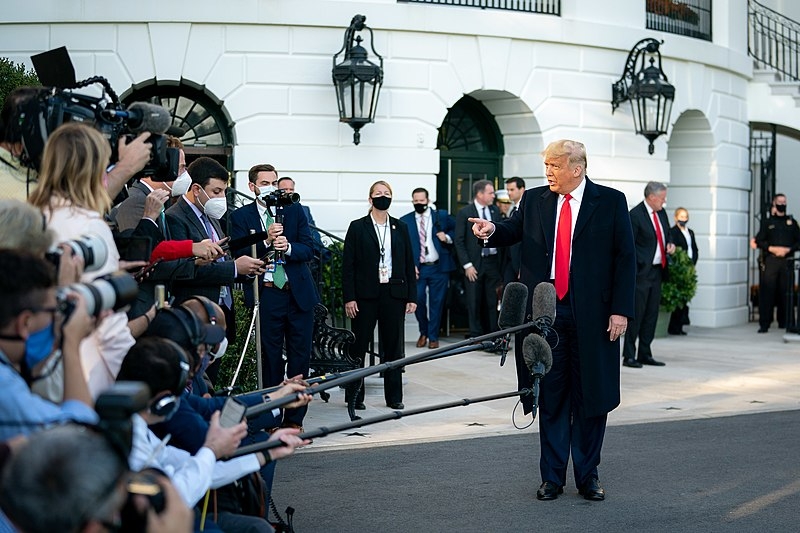 Donald Trump often touts the country’s economic status in his reelection campaign. However, over 700 known economists have said otherwise, warning against voting for Trump to win a second term.

Hundreds of economists, including seven Nobel laureates, have signed a letter criticizing Trump and warning Americans against voting for him for a second term in the presidency. They cited the administration’s pandemic response as well as his constant attacks on the country’s democracy and spreading of conspiracy theories and misinformation as reasons why he should not win a second term. The letter is being updated until the elections on November 3.

“In just one term in office, Donald Trump has rendered the United States unrecognizable and has faced no consequences in doing so,” They write. “For these reasons, we strongly recommend that the electorate do what no one else can: Reclaim our democracy by voting to remove Donald Trump from office.”

The Trump campaign has since responded to the letter, saying that it does not mention Trump’s Democratic challenger, Joe Biden. The campaign’s deputy national press secretary Samantha Zager said that despite the criticism made towards Trump, there is no indication that Biden would do anything positive for the US economy.

It should be noted that during the Obama-Biden administration from 2008 to 2016, the US economy and stock market were at record highs. The economists penned a similar letter back in 2016 as well, citing that Trump does not listen to the advice given by experts as well as being ignorant of economics.

The Trump campaign has recently put out an ad that was revealed to be using stock footage from Russia and Slovenia. The ad was supposed to convince supporters and undecided voters that the United States is recovering from the COVID-19 pandemic which has killed over 220,000 Americans with millions infected.

This the latest example of the Trump campaign as well as pro-Trump groups using stock footage from other countries. This also comes as Trump and his allies are often trying to depict the former vice president as having ties to China while attacking the overseas business dealings of his son Hunter Biden through alleged emails sent in by Rudy Giuliani. The intelligence community has since warned that Russia is trying to interfere in the US elections again.