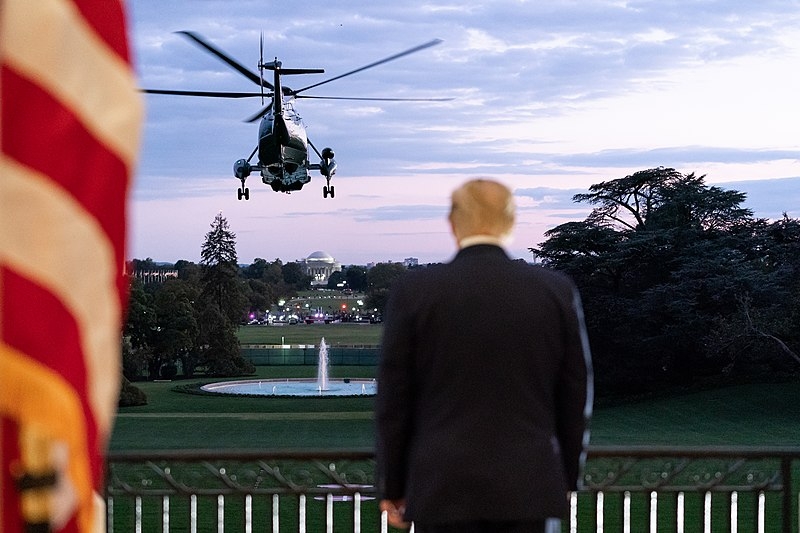 A few weeks prior, Donald Trump tested positive for COVID-19, leading him to be briefly hospitalized. As Trump claims to already be rid of the coronavirus, he has been given the clear by the White House physician.

White House physician Dr. Sean Conley released a memo over the weekend, informing that Trump has met the criteria by the Centers for Disease Control and is ready to return to an active schedule. Although the memo noted Trump’s clearance to end his isolation, it does not reveal whether he tested negative. The CDC, however, noted that this is not part of the criteria that must be met to end isolation. Conley noted that Trump is already 10 days from the onset of symptoms and did not have a fever for the past 24 hours.

“This evening I am happy to report that in addition to the President meeting CDC criteria for the safe discontinuation of isolation, this morning’s COVID PCR sample demonstrates, by currently recognized standards, he is no longer considered a transmission risk to others,” wrote Conley.

Conley also wrote that after several diagnostic tests, there is no proof of the coronavirus replicating itself within Trump. The physician stated that there was no trace of subgenomic mRNA detected, which is a molecule that is produced when viruses replicate. Conley did not specify the kind of diagnostic tests that were performed on Trump to give him the clear.

The memo informing of the clearance comes as Trump is pushing to return to the campaign trail, as he is running for reelection this year against Democratic challenger Joe Biden. Trump also recently held a campaign rally at the White House.

Meanwhile, top infectious diseases expert Dr. Anthony Fauci recently criticized Trump and his campaign for taking his words out of context in his new campaign advertisement. Dr. Fauci released a statement via CNN, stating that he has never publicly endorsed a presidential candidate, as well as the comment he made about the efforts of federal public health officials were taken out of context.

In the advertisement, Dr. Fauci is heard as saying, “I can’t imagine that … anyone could be doing more.” The statement comes from Dr. Fauci’s interview on Fox News, where he talked about the work the White House coronavirus task force was doing to combat the virus and not Trump.