Donald Trump: POTUS’ security chief reportedly in critical condition amid fears he is the COVID-19 spreader in the White House 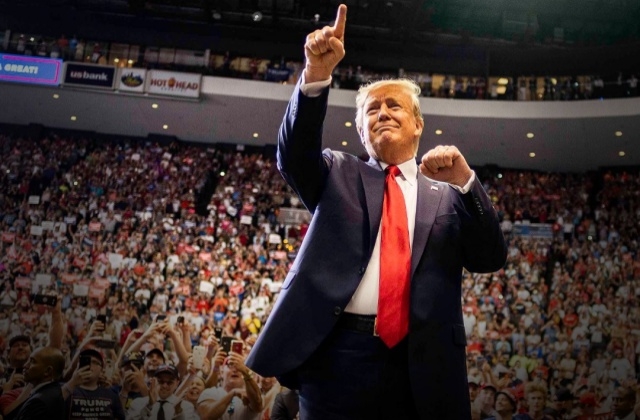 Donald Trump was diagnosed as positive with COVID-19 last week. Melania Trump was also infected, and so is the POTUS’ senior adviser Hope Hicks.

As cited in The Sun, over a dozen other top officials at the White House that include senior adviser Stephen Miller, former White House counselor Kellyanne Conway and press secretary Kayleigh McEnany have all tested positive as well.

Trump’s campaign manager Bill Stepien and debate adviser Chris Christie have fallen ill too. As more people are receiving positive results in the testing, the president’s head of security Crede Bailey is said to be fighting for his life due to the virus.

The spreader of the virus at the White House

Last month, the Rose Garden was re-opened after undergoing a major overhaul. An event took place there, and it was suspected that this was the time when COVID-19 was spread in the White House.

Crede Bailey, the security chief of the POTUS’ official residence and office reportedly started showing symptoms before the event at the Rose Garden took place on Sept. 26. It was said that this could possibly when the virus started to infect a number of officials and administration staff. Now, most of them are in quarantine after testing positive for coronavirus.

In any case, as mentioned before, it is unfortunate that Bailey is not reported to be critically ill. The Independent reported that he has been in the hospital for days already and his condition is getting worse. Then again, the White House has yet to give an update with regards to the security chief’s condition.

The POTUS has returned to the office

Meanwhile, Donald Trump was already discharged from the Walter Reed National Military Medical Center in Maryland. He quickly returned to work in the Oval Office and the people are criticizing him for this move.

He was in the hospital for just three days and it wasn’t that long when he was confirmed positive of COVID-19, yet he insisted to go back to the White House. The public, politicians and even celebrities are saying that this is a reckless move that endangers the life of his staff and other people around him.