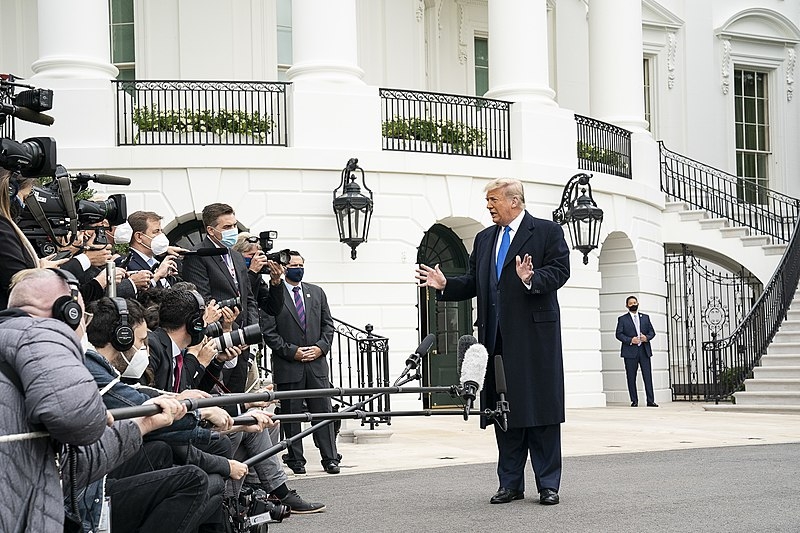 Donald Trump is currently seeking reelection and many Americans have less than a week to cast their votes by November. In the midst of his last-minute efforts to campaign, a federal judge has ruled that Trump will remain a defendant in the ongoing rape defamation lawsuit against him.

Federal judge Lewis Kaplan ruled against the Department of Justice’s appeal that the government replace Trump as a defendant in an ongoing rape defamation lawsuit against him by the writer E. Jean Carroll. Carroll claimed that Trump raped her in the mid-1990s. The DOJ argued that Trump was acting as a government employee when he attacked Carroll and said that she was lying and only motivated by money with her allegation, thus the government should be the defendant and not Trump.

Kaplan dismissed the argument in his 59-page ruling in the US District Court in Manhattan. “The President of the United States is not an employee of the Government within the meaning of relevant statutes,” wrote Kaplan. “Even if he were such an employee, President Trump’s allegedly defamatory statements concerning Ms. Carroll would not have been within the scope of his employment. Accordingly, the motion to substitute the United States in place of President Trump is denied.”

Kaplan’s ruling will effectively keep Carroll’s case from being dismissed. This is following DOJ Attorney General William Barr’s statement that the case would be dismissed if the government became a substitute defendant. Following the announcement of Kaplan’s ruling, Carroll tweeted, “This win is for every woman in the country!”

Even with the ongoing case against him, Trump appears to be more laser-focused on his reelection campaign as there is only less than a week to go until the elections on November 3. The Trump campaign has recently sent out fundraising emails to supporters, offering potential donors a chance to enter a draw to join Trump in his election night party. The supposed election night party will take place in his luxury hotel in Washington, where Trump and his supporters and aides will be looking out for the election results.

“November 3rd will go down in history as the night we won FOUR MORE YEARS. It will be absolutely EPIC, and the only thing that could make it better is having YOU there,” said Trump in the emails.