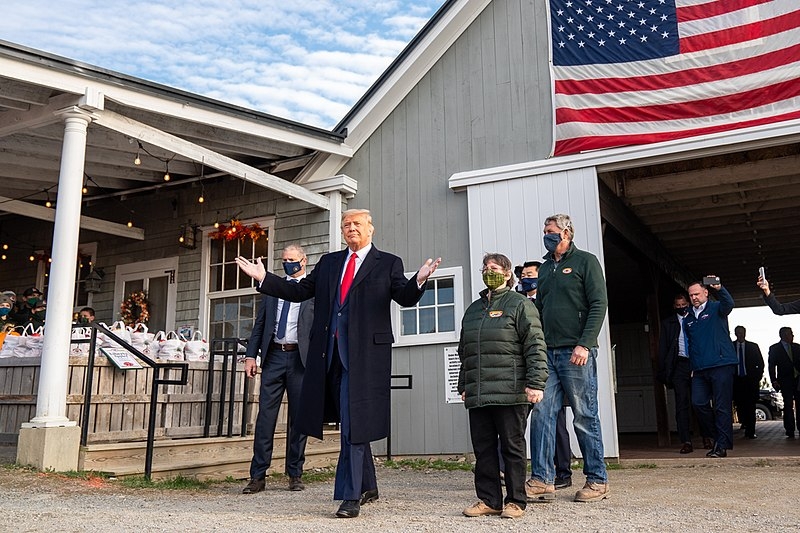 Donald Trump is heavily criticized across the board for his administration’s response to COVID-19. Even as the country is suffering from a spike in infections, Trump has since dismissed the rising cases, now claiming that the numbers are a conspiracy touted by the media.

Taking to Twitter, Trump dismissed the rising number of COVID-19 infections even as the death toll has now exceeded 220,000. The United States is among the worst-hit countries of the pandemic, with millions infected. Trump has repeatedly downplayed the severity of the pandemic even after contracting it himself weeks ago after the first presidential debate. Several other White House officials have also tested positive at that time. Yet, Trump continued to hold campaign rallies, ignoring the guidelines established by the CDC in preventing the spread of the virus.

Trump reasserted his claim that the only reason why there are many COVID-19 cases in the United States is due to having so many tests done on Americans. However, public health experts have already refuted his claims, saying that the rate of tests that are positive and the number of hospitalizations are equally rising in many states. Hospitalizations for COVID-19 have increased by five percent in 34 states as of Sunday, with 15 of those states hitting record highs.

Experts have already warned that the country will experience a significant increase in deaths if no further action is done to prevent the spread of coronavirus.

Meanwhile, Trump and his allies have constantly tried to attack Democratic candidate Joe Biden’s son Hunter Biden for his business dealings overseas. A story alleging Hunter Biden’s business deals in Ukraine and Russia, with the former setting off the impeachment trials in 2019, has circulated but has already been widely debunked, including a GOP-led probe that found no wrongdoing on his part. Now, Russian President Vladimir Putin has also spoken up about the claims, saying that there is nothing criminal with Hunter Biden’s business deals.

“Yes, in Ukraine he had or maybe still has a business,” said Putin. “I don’t know. It doesn’t concern us. It concerns the Americans and the Ukrainians. But well yes he had at least one company, which he practically headed up, and judging from everything he made good money. I don’t see anything criminal about this, at least we don’t know anything about this.”