Joe Biden to give first formal address at Congress this month 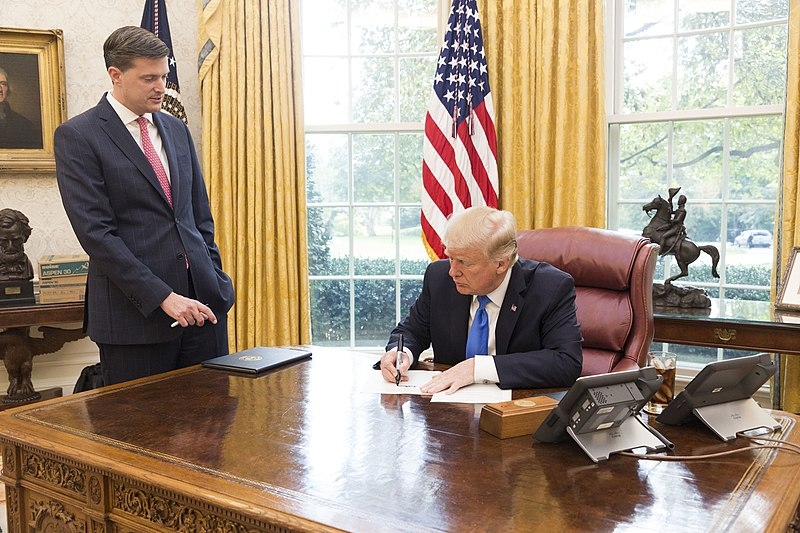 Former President Donald Trump appears to take pride in being among the wealthiest even during his time as President. A new report reveals that in the four years Trump was commander-in-chief, he made up to $1.6 billion.

An analysis by the government watchdog Citizens for Responsible Ethics in Washington on Trump’s financial records during his time as president revealed that he made up to $1.6 billion in the past four years. The group stated that while Trump took credit for donating his government paycheck, that was only a small fraction of the profit he made through his businesses. CREW even noted that even after seeing a significant drop in revenue in the hospitality industry in 2020, the now-former president disclosed at least $1,613,583,013 in revenue from the Trump Organization and outside income.

At the most, Trump disclosed $1.7 billion. However, the disclosure forms can be vague as some assets are listed as over $5 million in yearly income. Due to the structure of businesses under the Trump Organization, Trump’s reported income does not always reflect his personal income from them. A large portion of the revenue Trump made came from the more famous properties of the Trump Organization where the now-former president was often seen during his term - Mar-a-Lago, the Trump International Hotel in Washington DC, and his golf courses in Doral, Florida, in Bedminster, New Jersey, and Trump National in Virginia. Collectively, the businesses Trump frequented brought in over $620 million in a span of four years.

CREW believes that a lot of this income came from individuals hoping to curry favor with Trump by paying premium prices at his properties.

The analysis by CREW also comes at a time when the Supreme Court has now dismissed an attempt to block a subpoena by Trump and his lawyers with regards to his tax returns. The subpoena would allow Manhattan District Attorney Cyrus Vance Jr. to obtain eight years’ worth of tax returns, both personal and corporate. While the DA has not revealed much of the purpose of seeking Trump’s financial records, a court filing last year revealed that prosecutors were looking into reports of a possible extensive criminal conduct occurring in the Trump Organization. This may not only include tax fraud but bank and insurance fraud as well.