It's hard to think about, but frail older women in nursing homes get sexually abused too 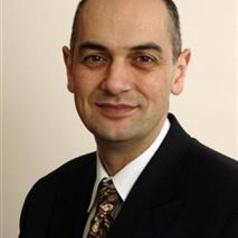 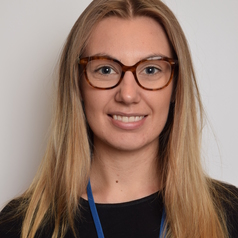 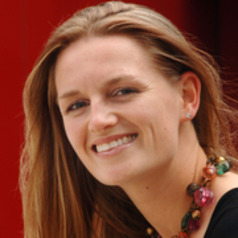 We don’t often think of older women being victims of sexual assault, but such assaults occur in many settings and circumstances, including in nursing homes. Our research, published this week in the journal Legal Medicine, analysed 28 forensic medical examinations of female nursing home residents who had allegedly been victims of sexual assault in Victoria over a 15-year period.

The most frequent alleged sexual contact was vaginal contact or penetration. Injuries weren’t reported for every case. Where present, they consisted of bruising, skin tears, redness and swelling.

The physical examination was often limited because of the cognitive status (in 38%) of the individuals, physical issues (in 31%), lack of cooperation (23%), and poor examination conditions (23%). Data on alleged victims’ behaviour was commonly missing.

These information gaps highlight the difficulty of examination which is essential to a detailed investigation. A better understanding of the context and setting of the assault, which is usually available when younger women are victims, is essential to inform prevention efforts.

Eliminating sexual assault in nursing homes is a major challenge which starts with acknowledging it exists and recognising the scale of this abuse.

Much higher than we think

Sexual assault is considered the most hidden, as well as least acknowledged and reported, form of elder abuse. This makes it difficult to accurately estimate its prevalence.

Prior to 2007, it was estimated there were around 20,000 unreported cases of elder abuse, neglect and exploitation in Victoria. Between 2009-10 and 2014-2015 the published number of sexual assaults among older people rose from around 280 to 430 reports nationally (information about each jurisdiction was not available).

In 2015–2016 The Australian Department of Health was notified of 396 reports of alleged or suspected unlawful sexual contact of residents in nursing homes in Australia.

Based on these statistics, we expected Victoria would have 80-120 sexual assaults of residents reported in nursing homes per year (equating to approximately 1,200 assaults during the study period). The 28 cases reported to the forensic investigation team over a 15 year period suggests under-recognition and under-reporting.

Nursing home residents are particularly vulnerable to sexual assault due to their dependency on caregivers, health problems, and the co-housing of residents, sometimes with potentially dangerous older individuals with sexual assault backgrounds.

Negative stereotypes such as that older people aren’t sexual beings, their greater dependency on others, potential divided loyalty to staff members or residents are unique barriers to reporting, detecting, and preventing sexual assault in nursing homes. Despite severe health consequences, efforts to prevent and address elder abuse remain inadequate.

In the majority of cases we examined, signs of general or genital injury were not found. Further, post-assault victim responses, such as agitation, distress and confusion may mirror symptoms of cognitive impairment. This can create difficulties for nursing home staff in distinguishing between the usual behaviour or a response to trauma, such as sexual assault.

Also, nursing home victims of sexual assault tend to be ignored by staff who often don’t believe the accusations. Although we could not determine who or what prompted reporting, what is known is that sexual assaults are unlikely to have a witness, though witnesses appear to be crucial to ensure successful prosecution.

Sexual assault, in any setting or age group, is one of the most difficult crimes to prosecute due to the required elements of intent and lack of consent. But this is made all the more complicated when it comes to nursing home residents.

Staff must be aware of the existence of sexual assault in nursing homes. It is their duty as care providers to report alleged or suspected sexual assault in a timely manner. More education, training and research is needed to address the knowledge gaps around incidence, levels of reporting, nature of investigations, responses required to better assist the victim, and the interventions needed to prevent sexual assault.

Without a clear understanding of the alleged victim and incident characteristics, we will struggle to combat sexual assaults in nursing homes. There is an urgent need to better use the existing data held by the the Department of Health to understand the full extent of sexual assault in nursing homes. The Royal Commission is an opportunity to consider the development of tailored policies, staff training and legislation.