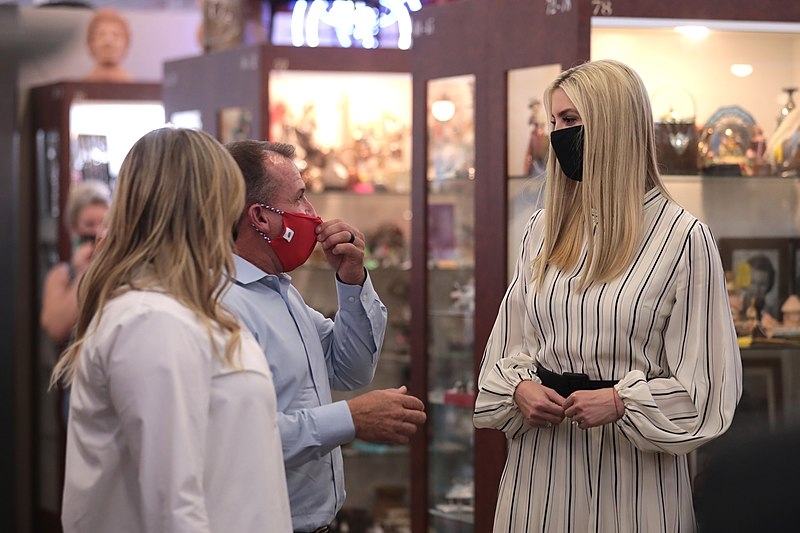 Donald Trump’s daughter and White House adviser Ivanka Trump is currently on the campaign trail to energize her father’s supporters as he seeks reelection in November. However, upon defending the administration’s handling of COVID-19, Ivanka received a lot of backlash from users on the internet.

Ivanka visited Legends Ranch in Nevada to meet with her father’s supporters and talked about the administration’s handling, specifically her father’s response to the pandemic. Ivanka claimed that her father acted promptly and claimed that he took it seriously before other countries have. Her remarks come as the United States is the worst-hit country by the pandemic, with millions infected and over 215,000 Americans have died from the virus.

“It has been taxing on this country and the world, and I feel grateful for his leadership because I know what the loss of life could have been if he had not taken such early action to close our country to travel, first from China then from Europe,” said Ivanka. “These are unprecedented actions at a time when most people, except through the lens of revisionist history, most people were not taking it seriously, on the Hill or elsewhere.”

The remarks by Ivanka drew the ire of many users on social media. One commenter questioned how the White House adviser made such claims seriously even as it was clear that her father actively tried to downplay the virus for fear of causing panic.

Former New York Daily News reporter Helen Kennedy, also criticized Ivanka and her remarks. Kennedy cited the recordings of conversations between the president and Bob Woodward, where Trump admitted to knowing how serious COVID-19 was as early as February yet chose to downplay it.

Meanwhile, Ivanka has also praised her father for being able to recover from COVID-19, after having contracted the virus himself a few weeks ago. The White House adviser shared how she felt following the diagnosis. Ivanka was among the White House staff who worked remotely even as her father was brought to Walter Reed hospital for treatment. Ivanka also said that a vaccine is on its way to Americans very soon.