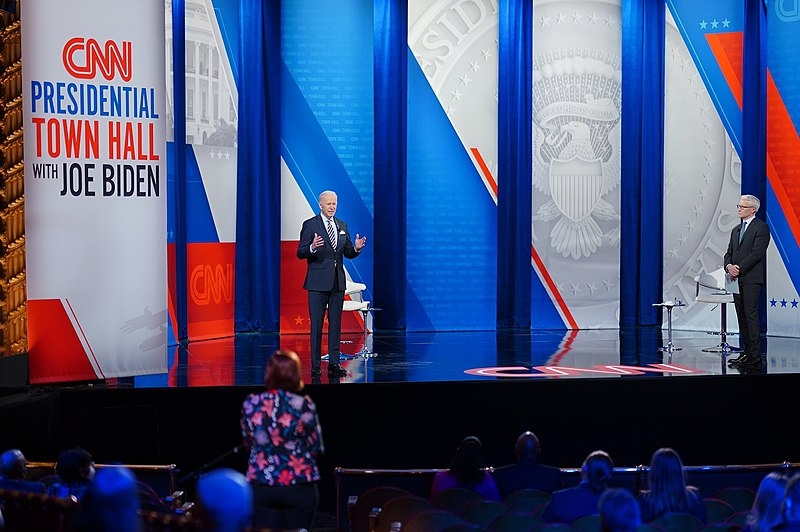 It is no secret that former President Donald Trump dubbed his successor Joe Biden with the nickname “Sleepy Joe” in an attack on his age. However, according to a new book, Trump mocked the current US President’s appearance during his commentary on the 2020 primaries.

Biden’s journey through the campaign trail saw him trailing behind his other, more progressive fellow Democrats only to ultimately get elected. In a book by Wall Street Journal reporter Michael Bender, “Frankly, We Did Win this Election: The Inside Story of How Trump Lost,” Trump had his comments on his Democratic rivals during the primary season. In the case of Biden, Trump mocked him for what he claims that Biden had a “facelift.”

Trump was reportedly making the comments aboard Air Force One in February 2020. The former president told the press to watch the Democratic debates with him as he traveled from Phoenix, Arizona, to Las Vegas, Nevada.

“Trump then started offering his own color commentary: Bloomberg was smart, but not quick,” wrote Bender, referring to the former New York Mayor. “Biden had an awful facelift. Bernie was sharp, and Warren was nasty but a good debater.”

“But the climax for Trump was Bloomberg melting down when rivals, led by Warren, skewered him over his history of sexual harassment allegations and past support for stop-and-frisk policing. Trump crowed at every stammer he saw on screen. ‘He stutters like Biden!’ Trump said,” added Bender.

Bender went on to write that the Trump Campaign staff were conflicted on whether to consider Bloomberg as a threat to the now-former president.

In other news, Biden has announced that his administration will be issuing an advisory to US-based companies on the risk of setting up operations in Hong Kong, following China’s crackdown on the region.

“The situation in Hong Kong is deteriorating. And the Chinese government is not keeping its commitment that it made how it would deal...with Hong Kong,” Biden said during the joint press conference with outgoing German chancellor Angela Merkel. “And so it is more of an advisory as to what may happen in… Hong Kong. It’s as simple as that and as complicated as that.”