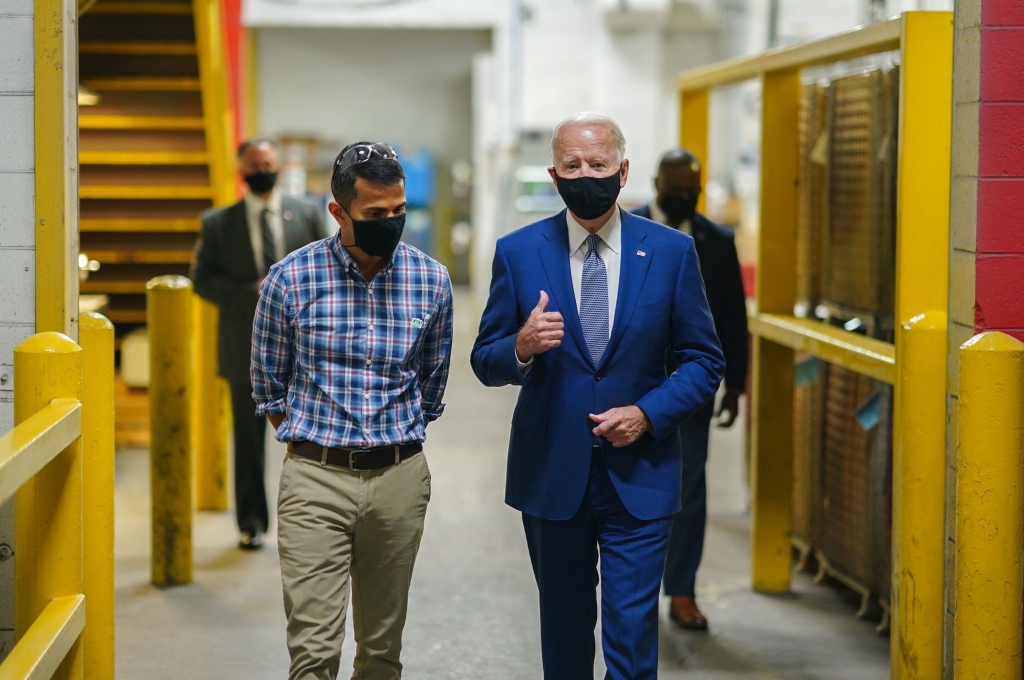 Following the controversial story on the New York Post regarding alleged emails from Joe Biden’s son Hunter Biden, Donald Trump and his allies have used this to attack the Democratic candidate. Controversial tv personality Piers Morgan slammed the former vice president for not addressing the allegations made against his son.

Speaking with Tucker Carlson this week, Morgan blasted Biden, saying that the Democratic candidate should speak up about the claims made in the recent articles about his son by the Post. Morgan appeared on Carlson’s show to promote his new book when he made the comments.

“Joe Biden wants to be the decent candidate. He wants to be the antidote to the devilish Donald Trump - OK, then come forward and speak honestly and openly about these allegations,” said Morgan, who noted that regardless of political ideology, allegations such as this one should be addressed. “It doesn’t matter what side you’re on here. Journalism, freedom of speech, dictates that when a story like this drops and it’s not being denied by the people it’s accusing for six days now, clearly there’s something there they want to hide.”

The alleged emails, while senior officials of the FBI confirmed that it was authentic, it also was not part of a disinformation campaign by Russia as what many are speculating. House Intelligence Chair Adam Schiff also said that the so-called emails were an attempt to smear the Democratic candidate by information coming from Moscow.

Trump, his campaign, and his allies are determined to go after Hunter Biden to attack the former vice president, especially in the third and last presidential debate. While Biden may likely avoid bringing Trump’s three children: Donald Trump Jr, Ivanka, and Eric Trump, into the conversation, some have noted that it would make for an easy comeback against Trump’s accusations.

So far, the Democratic candidate’s advisers say that Biden should maintain his focus on the pandemic, the economy, and other liabilities as going into unrelated issues would be a waste. However, those who want Biden to go harder on Trump and his kids do not need to look far for an example in Ivanka Trump, who won three trademarks in China when she met president Xi Jinping and is working as a White House adviser.

Still, other Democrats have noted that Biden’s avoidance of bringing up conflicts of interest by Trump’s kids resulted in his lead in many polls.