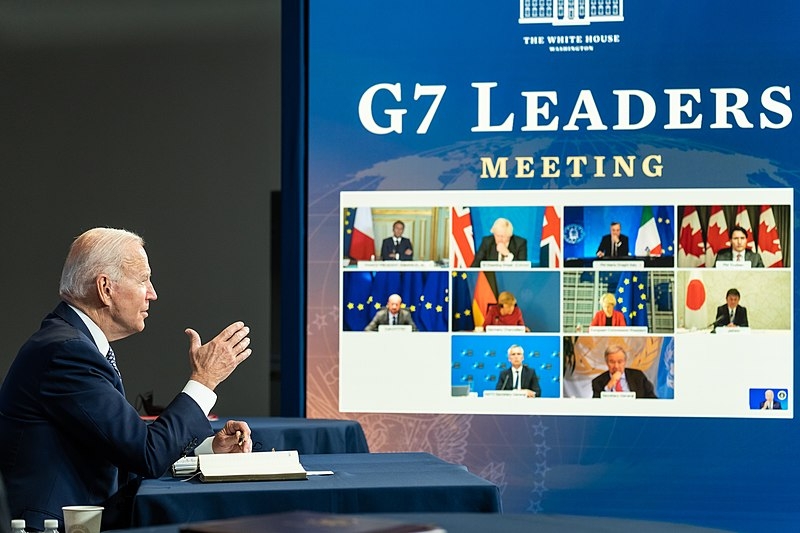 Biden is set to meet with another world leader this week. The White House has announced that Biden will be meeting with his Kenyan counterpart, Uhuru Kenyatta in his first meeting as president with an African leader.

Biden will be hosting Kenyatta at the White House on Thursday for their first in-person one-on-one talks, Bloomberg reports. Their meeting will come as Kenya’s neighboring nation, Ethiopia is currently facing a war and humanitarian crisis. The meeting between Biden and Kenyatta comes weeks after the US leader signed an executive order threatening to sanction Ethiopian Prime Minister Abiy Ahmed and other officials involved in a conflict in the Tigray region should the tensions continue to escalate further.

Despite the threats, the current situation in the region appeared to worsen. Tigray forces have claimed that the Ethiopian government is launching a military crackdown against them in an effort to end the war. Earlier this week, the Tigray external affairs office released a statement alleged that Ethiopian forces made a coordinated assault.

Kenya shares a border with Ethiopia and has a relationship with the US, coordinating with Washington in the efforts to combat Islamic terrorism. Kenya has also been very vocal about the situation in Ethiopia. Another reason why Kenyatta is in the US is that he is also currently the UN Security Council president.

At the same time, Biden recently ordered companies to ease their supply chain bottlenecks or he will “call them out” especially as the holiday season approaches. The US leader established a supply chain disruption task force in June, also announced that the Port of Los Angeles which is currently suffering from a backlog will expand to 24/7 operations, following the lead of the Port of Long Beach which is also in California.