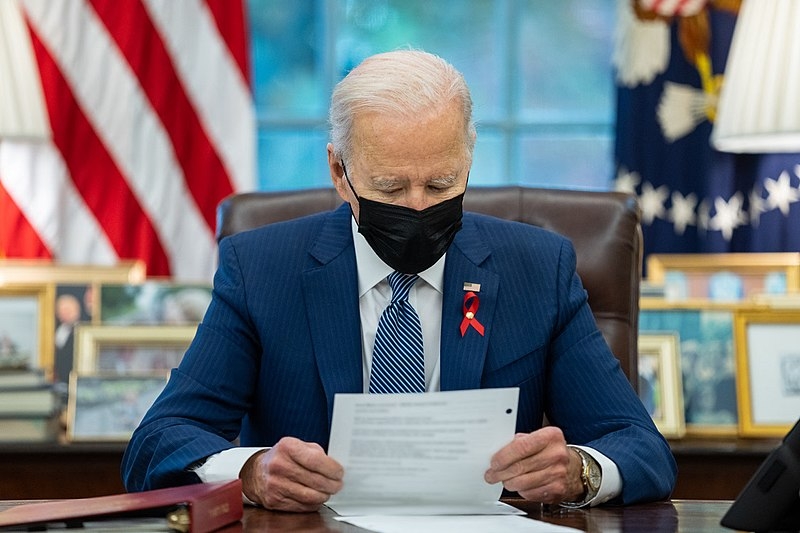 Office of the President of the United States / Wikimedia Commons

With a new variant threatening to spread in the US, President Joe Biden and his administration now brace for a possible new surge of cases, especially in the winter months. Biden is set to announce a new strategy to fight COVID-19 in the winter season.

Biden has announced a new strategy Thursday against COVID-19, including new testing requirements for travelers as well as ramping up vaccinations. In his address from the National Institutes for Health, Biden announced the actions his administration will be taking in curbing the coronavirus in the winter months. This comes as the new Omicron variant of the virus threatens to spread worldwide, with the first case in the US already detected Wednesday.

For domestic travelers, Biden has announced an extension of the mask mandate on planes, trains, and other public transport through mid-March.

The new steps seek to assure the public that the US leader is doing all he can to prevent the pandemic from putting a damper on the already recovering economy of the US as well as the coming Christmas season. Biden and his officials have also stressed that there will be no mass lockdowns. However, they are also aware of a portion of the public that will oppose collective action.

“Look, I don’t believe that will happen...I spoke with Mitch McConnell, I spoke with Schumer. There is a plan in place unless somebody decides to be totally erratic,” said Biden.