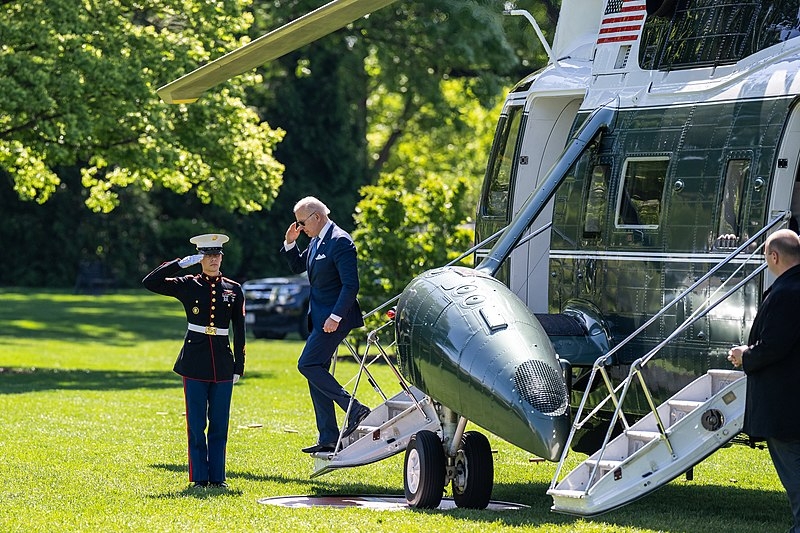 Following the ruling of the US Supreme Court overturning the landmark abortion rights decision, Congress is facing growing calls to codify abortion rights into law. President Joe Biden, during the NATO summit, expressed support for lifting a Senate tradition in order to codify the right to women’s bodily autonomy into law.

During a news conference at the NATO Summit in Madrid Thursday, Biden proposed that Senators would lift a legislative roadblock in order to pass a law that would legalize abortion rights nationwide following the court’s strike down of the decision. The Senate filibuster has often been utilized by Republicans in the evenly divided chamber to block or stall Democrat-led bills.

“If the filibuster gets in the way – it’s like voting rights - it should be we provide an exception for this,” said the US leader. With the Senate filibuster, the chamber needs 60 votes to pass the threshold.

However, a spokesman for West Virginia Democrat Joe Manchin and an aide to Arizona Democrat Kyrsten Sinema told Reuters that the two lawmakers’ stances on the filibuster remain the same.

White House officials did not disclose other details on what Biden’s strategy would be in order to codify abortion rights. However, the US leader’s stance, along with the announcement of a meeting with state governors on abortion rights, follows the criticism Biden received from members of his own party over his response to the Supreme Court’s overturning of Roe v. Wade.

“There has been pressure building up to act and show that we are doing more,” a Biden administration source told Reuters. “The president has always believed something must be done.”

During his final press conference in Madrid following the NATO Summit, Biden also reiterated that Washington and the NATO alliance would be standing by Ukraine as it continues to fight the war being waged by Russia since February. Biden also announced an additional $800 million of military assistance to Kyiv.

“We’re gonna stick with Ukraine, and all of the allies will stick with Ukraine, as long as it takes, and in fact make sure they are not defeated,” said the US leader, who noted that it is not clear when the war would end, but that it will not end with Russia defeating Ukraine.