Kamala Harris pledges engagement between US and Asia during Singapore visit 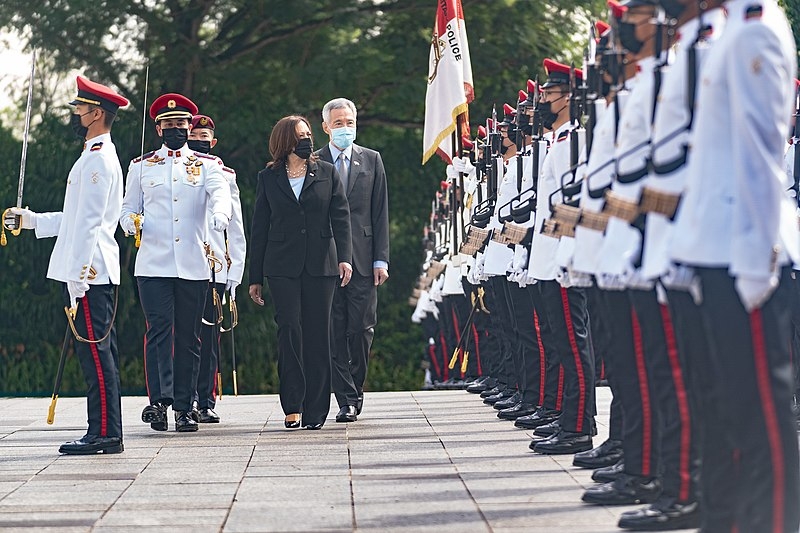 Office of Vice President of the United States / Wikimedia Commons

This week, US Vice President Kamala Harris flew out to southeast Asia for her visits to Singapore and Vietnam. With Singapore as her first stop, Harris has reaffirmed ties and engagement between the US and Asian countries.

Harris gave an assurance Monday that the US will continue to seek engagement with Asian countries. Harris’s visit also comes as the US is increasing efforts in the Afghanistan withdrawal and evacuation of Afghans and Americans that are on the ground and looking to flee from the Taliban. In her visit to Singapore as the highest-ranking Biden administration official, Harris maintained that the US can be depended on during her joint press conference with Singaporean Prime Minister Lee Hsien Loong.

Lee also said that he welcomed Harris’s assurances on Washington’s intentions in the region and in the rest of the world. Harris’s visit is also part of the efforts by the Biden administration to reach out to US allies and partners once again following their predecessor’s “America First” approach that led to strained relations with other countries. Washington also looks to project the US as a force for stability in the midst of rising aggression from China.

Analysts, however, say that the Afghanistan crisis has led to others questioning the credibility of the US. The war-torn nation fell to the insurgent group in a span of days and despite assurances from the Islamic organization of a more moderate regime compared to their brutal reign over 20 years back, Afghans remain skeptical and have looked to escape from the country.

During her visit, Harris also delivered sharp criticism of China regarding its claims over most of the South China Sea. An international ruling rejected China’s claims, which overlap with claims from the surrounding countries, including Vietnam. During her remarks, Harris accused China of trying to intimidate and coerce other countries over the highly disputed waters.

“We know that Beijing continues to coerce, to intimidate, and to make claims to the vast majority of the South China Sea,” said Harris during her speech at the joint press conference. “Beijing’s actions continue to undermine the rules-based order and threaten the sovereignty of nations.”