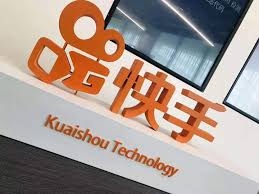 Beijing-based tech company Kuaishou, which competes with TikTok, is seeking to raise as much as $6.2 billion in a stock market listing in Hong Kong, expected to be the world's largest initial public offering since the coronavirus pandemic began.

It would also be the world's largest tech IPO since Uber raised over $8 billion in May 2019, according to Refinitiv data.

Live-streaming transactions accounted for 84 percent of Kuaishou's revenue in 2019. it also allows users to film short-form videos and makes money off of online advertising.

The firm is backed by Chinese social media and gaming giant Tencent and had 264 million daily active users from January to November.

It still lags behind the Chinese version of TikTok, which had over 600 million daily users in August.