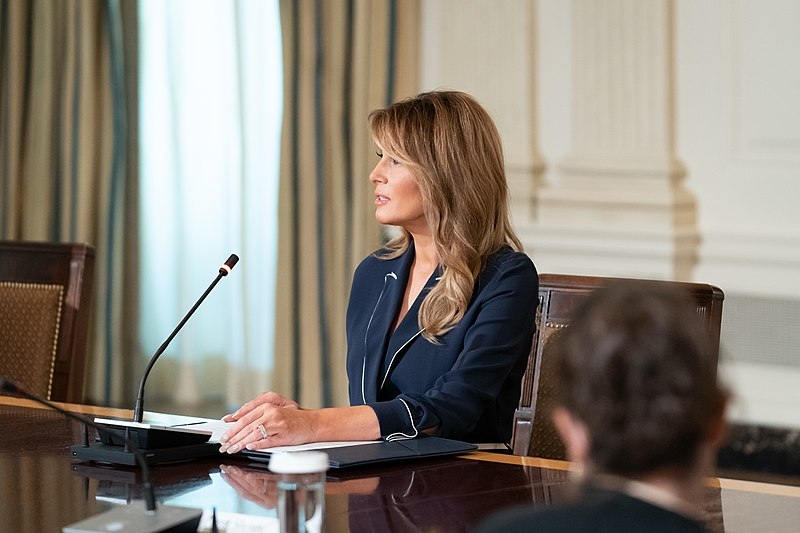 Spouses of candidates are usually a regular presence during campaign trails, but during the 2016 elections, Melania Trump was not so much involved in campaigning for her husband Donald Trump. Mrs. Trump later revealed the reason for her absence during her husband’s initial campaign, and what Donald told her while she was away.

Melania was known for staying out of the campaign trail for her husband back in 2016 but she has from time to time accompanied Donald. In an interview with CNN’s Anderson Cooper at the time, the would-be first lady explained that she chose to put her focus on the family, especially her son with Donald, and the president’s youngest, Barron Trump.

Mrs. Trump then revealed that her choice to focus on the family won her husband’s respect. While they were apart, she revealed that Donald would always tell her that she’s the “rock” for the family.

“We’ve always had a great marriage and a strong relationship. He’s said many times that I’m a rock for the whole family. Yes, we are very strong. We are two independent people, thinking on their own, and often have very open conversations. I think this is healthy for our relationship,” said Melania at the time.

Previously, since the establishment of the US Space Force in 2019, Donald Trump reportedly suggested that Melania design the uniforms for the unit because of her fashion sense and most likely perhaps from her years of experience in working in fashion. It was in a meeting between Trump, chief of space operations General John Raymond, Defense Secretary Mark Esper, and many other notable military officials.

Trump was asked to choose among six photos that would become the official seal of the Space Force. The official seal, which the president tweeted a week following the meeting, uses the delta symbol from the service’s flag and logo. Before the meeting ended was when Trump suggested that the first lady design the uniforms.

However, many users on Twitter likened the Space Force logo to the insignia of the fictional Starfleet Command in the popular Star Trek series.