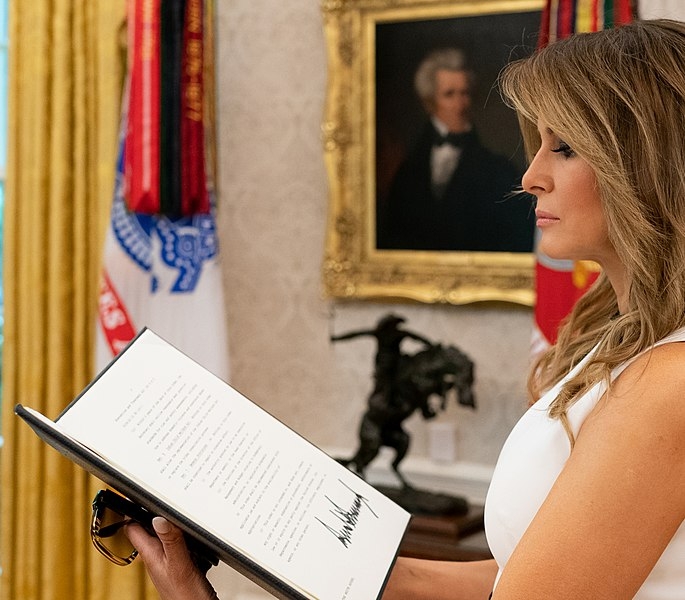 Throughout the years of the Trump administration, there were many changes and shifts among personnel, especially within the White House, most, if not all, were announced. However, recent reports have revealed that the spouse of a publisher served in an undisclosed advisory role to first lady Melania Trump.

Politico reports that Jimmy Finkelstein, who owns the news outlet called The Hill, was very much involved in the arrangement of his wife, former CNN producer Pamela Gross, who also happens to be a close friend of Melania Trump, in her unpaid advisory role to the first lady. Finkelstein reportedly met with the White House lawyers in securing the position for his wife.

Gross’s addition to the East Wing was not disclosed by The Hill nor the White House, despite advising Mrs. Trump for six months between August 2017 to February 2018. Although she was based in New York and did her work there, Gross was made to fill out a security clearance questionnaire and given a White House email, mobile number, and a temporary access badge that she would use whenever she was in Washington DC.

Despite the content published on The Hill regarding the Trump administration, especially on the pieces regarding the Ukraine scandal, Finkelstein dismissed the idea that his wife’s work would pose as a conflict of interest. Stephanie Grisham, who now serves as Melania’s Chief of Staff and spokesperson, noted that it was Gross’s choice not to accept payment for her services in getting the East Wing started. Grisham also revealed that Gross is one of the two unpaid temporary advisers who helped Melania set up her wing in the White House.

Meanwhile, a book about Mrs. Trump, The Art of Her Deal, written by Washington Post reporter Mary Jordan, reveals more about the first lady’s marriage to President Donald Trump. Jordan writes that their marriage may be unusual, but it is a dynamic that has worked for both. Jordan also revealed that they spend more time apart from each other and that Melania is perfectly fine being apart from her husband.

However, Jordan also reveals in the book that when Melania is not happy with her husband, she shows it by giving him the silent treatment. “The way she shows she’s upset with Trump is to walk away, to be invisible, and he doesn’t like that,” said Jordan.