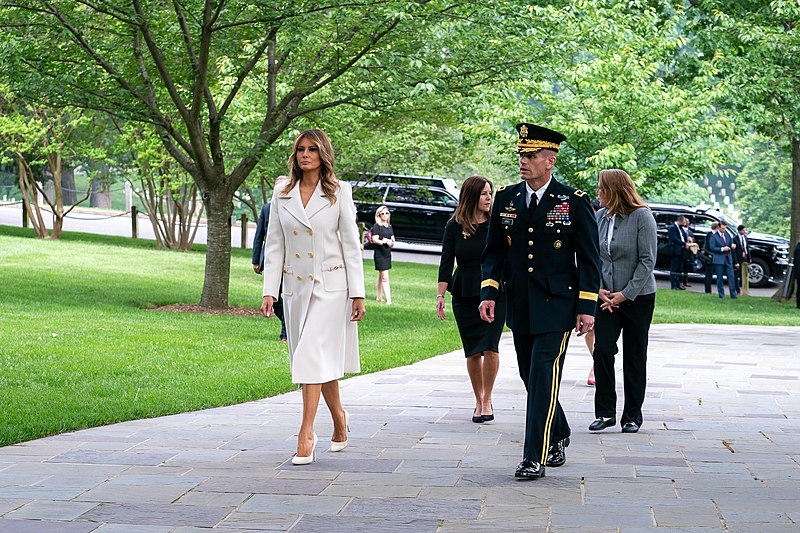 First lady Melania Trump has strongly advocated for wearing a face mask when going to a place where social distancing measures cannot be met. However, many were confused upon seeing her sans mask during public events and her recent post about the Korean War veterans commemoration has drawn criticism for it.

Express reports that Mrs. Trump shared photos of her and her husband President Donald Trump at the memorial where they honored the veterans of the Korean War as well as the soldiers who died. “Yesterday, the President of the United States and I visited the Korean War Veterans Memorial to commemorate 70 years since the start of the Korean War and to pay our respects to the brave Americans who lost their lives fighting for our freedoms,” tweeted Melania.

The Trumps, who were seen at the memorial without a face mask, sparked criticisms from users on social media. One user said that they would have been more respectful if they had worn masks during the event. Another user said it was reckless of them not to wear a mask in front of the surviving veterans, who are at high risk of contracting the coronavirus due to their age.

The first lady’s actions appear to differ with her statements made the previous months about wearing a face mask in public places. During the lockdown, she stressed the importance of social distancing as well as sharing the guidelines made by the Centers for Disease Control. As of now, the United States has over 2 million cases of the coronavirus with deaths surpassing 120,000.

June 25th was the 70th anniversary of the Korean War when North Korea invaded South Korea in an aggressive effort to reunite the Korean peninsula in 1950. Around five million people perished during the war between the two Koreas, 36,000 of them being American soldiers. The fighting stopped in 1953 through an armistice agreement. The Korean War has yet to end.

The Trumps visited both the Korean War Veterans Memorial and the Korean War Memorial to honor the anniversary. They also greeted the surviving veterans of the war who were present at the event and toured the memorial.