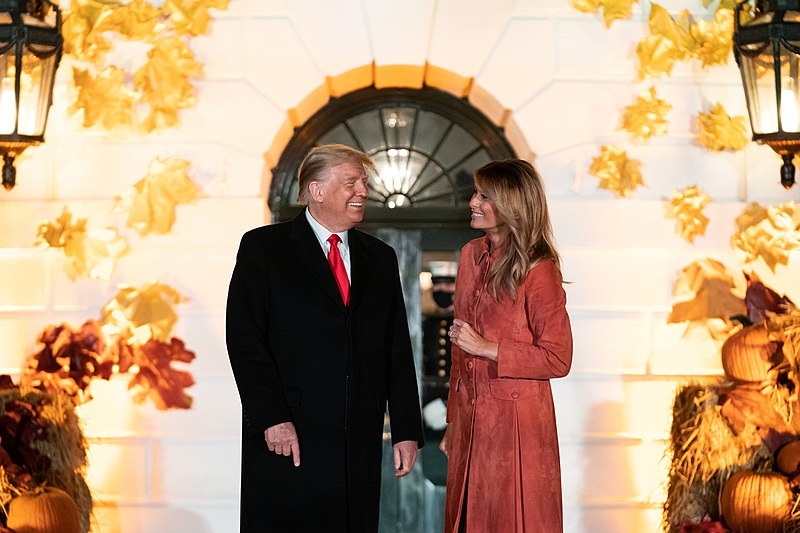 It is no secret that first lady Melania Trump took on the role very differently than her immediate predecessors Michelle Obama and Laura Bush. According to an expert, Melania has recently broken another first lady tradition by being absent throughout most of her husband Donald Trump’s campaigns.

Melania rarely appears in Trump campaign events, most especially this year, and according to US affairs expert Jon Sopel, this is another break from the first lady traditions in helping their husbands’ political careers. By being largely absent from campaign events, Melania’s stepdaughter and White House adviser Ivanka Trump seems to have taken over the reins in her stead to make the case for her father among their base. Sopel noted that the only time Melania made an appearance was in the presidential debates.

“And even then, there are pictures of her leaving the stage where she wrenches her arm away from the President as she’s walking off stage,” explained Sopel. “If you compare it with any First Ladies who’ve been involved...remember, the First Lady is an official position in the US Constitution.”

Even as she rarely appears in campaign events, Melania’s activities related to her husband’s campaign have minimized even more since testing positive for COVID-19 after the first presidential debate. First ladies usually have a very important role in making the case for their husbands as they are thought to provide a more personal, more humanizing perspective of the candidate. The only times Melania has appeared to campaign for her husband would also usually be in the Republican Conventions, where she addressed the party.

But with days left until the November elections, Melania has recently made an effort to join her husband in their final run of campaigning for his reelection. The first lady will make a campaign appearance in Pennsylvania on Tuesday, her first solo appearance at a campaign event, just as her husband is trailing behind in the polls against Democrat Joe Biden.