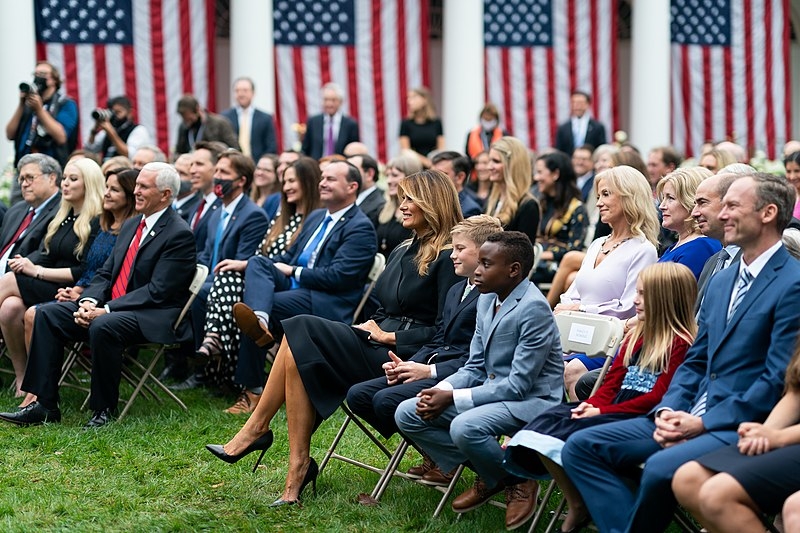 While a handful of books have already been written about first lady Melania Trump, she has usually remained mum or has already dismissed all the claims in the book. However, following the tell-all written by her former friend and aide Stephanie Winston Wolkoff, Melania has chosen to speak up, criticizing Wolkoff over the memoir.

Melania is known to be very private but last week has decided to break her silence following the revelations presented in Wolkoff’s book, Melania and Me. The first lady blasted Wolkoff through a White House statement she penned, saying that Wolkoff hardly knew her, and described the book as “idle gossip.” Even though she did not mention Wolkoff by name, the description makes it clear who she was talking about.

“This is a woman who secretly recorded our phone calls, releasing portions from me that were out of context, then wrote a book of idle gossip trying to distort my character. Her “memoir” included blaming me for her ailing health from an accident she had long ago, and for bad news coverage that she brought on herself and others,” wrote Melania.

Wolkoff has since responded to the statement that Melania has released, saying that she found it unusual for the first lady to ask someone she says she hardly knew to attend her wedding to Donald Trump as well as join her for many personal activities and act as her senior adviser. Many have also criticized Melania for her statement, calling the first lady’s words hypocritical given the actions of her husband as well as using the official White House website to attack someone.

Melania is often compared to her predecessor Michelle Obama. Although the Trumps have met a few of the Royals, her meeting with Prince Harry back in 2017 appeared to be a stark contrast from how the Duke of Sussex interacted with the now-former first lady.

Harry was the first Royal to meet with Melania back in 2017 during the Invictus Games, where an image of him standing next to the first lady was subject to speculation, many noting the awkward interaction between the Duke and the First Lady. Their interaction was a stark contrast to when Harry met with former President Barack Obama a week later, and the two were seen laughing and joking with each other.