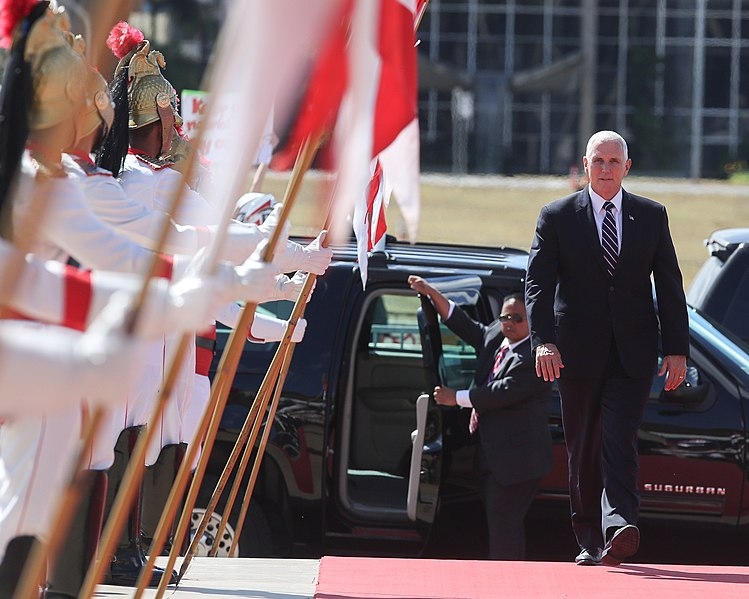 It has been highly speculated that former vice president Mike Pence may be planning a 2024 presidential bid which may see him go up against his former boss Donald Trump. A report revealed that Pence may be running for office in 2024 regardless if Trump seeks re-election or not.

Axios reports that the twice-impeached former president has been telling allies and staunch supporters that he plans on running for re-election in 2024. Polls have shown that Trump looks likely to win a Republican primary and that he is reportedly keeping an eye on Republicans who will be joining the presidential races.

The outlet’s co-founder Mike Allen said that Pence may most likely become an opponent of Trump’s. This time around, according to Allen, Pence will not be deferring to his former boss in the races.

Aside from Pence, the former president is also keeping tabs on Florida Governor Ron DeSantis and his former Secretary of State Mike Pompeo. Aides to the former president have noted Pompeo’s weight loss, however, they do not see either DeSantis or Pompeo looking to launch their respective bids for the White House.

“Trumpworld is more uncertain about Pence, who has been quiet in his intentions but maintains a strong and loyal team around him,” wrote Allen, who also noted that the fact that Pence has not formally announced a presidential bid for 2024 is why Trump is keeping tabs on him.

There have been others like Nikki Haley, who have said that she will not run for the presidency if Trump decides to make another bid.

There is an evident rift between Trump and Pence that was caused by the January 6 insurrection at the Capitol. Pence was being targeted by a mob of Trump supporters for ultimately refusing to overturn or object to the electoral votes cast for Joe Biden. California Democratic Rep. Adam Schiff has signaled that the House Committee investigating the insurrection may subpoena Pence as well as Trump to testify.

“No one is off the table,” said Schiff in the New York Times’ “Sway” podcast. The panel has already subpoenaed members of Trump’s inner circle: Steve Bannon, Mark Meadows, Kash Patel, and Dan Scavino.