‘NBA 2K21’ release date, gameplay: How to download free demo on PS4 and Xbox One 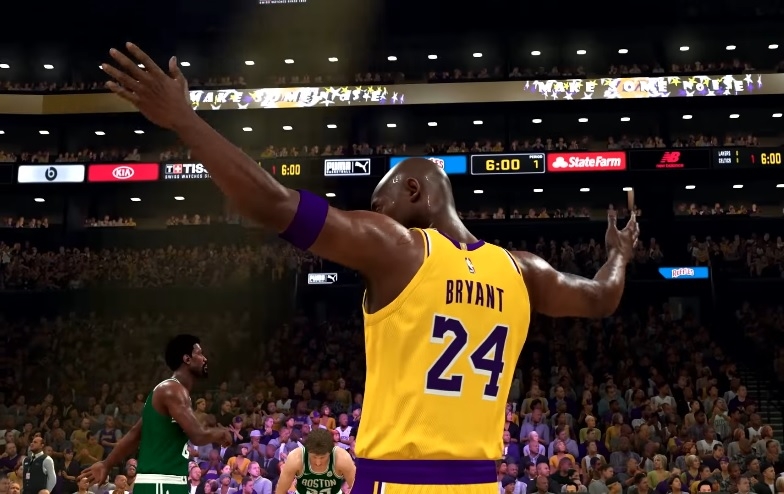 The official release date of “NBA 2K21” is just around the corner and per 2K Games tradition, a free demo of the game has now been released. Gamers with PlayStation 4 and Xbox One consoles can now download it for free in a few and very simple steps.

“NBA 2K21” demo went live earlier this week, and anyone who has a PS4 or Xbox One console can get it for free. They do not need to pre-order the game or pay for anything to access the array of game features added into the trial.

For PS4 owners, they can search for “NBA 2K21 Demo” on the PlayStation Store or simply click on this link. On the left side of the screen, they will find a “Try Free Demo” button. Clicking it will initiate the download, and once that is completed they can start playing the game.

Xbox One gamers can search for the “NBA 2K21 Demo” page on the online Microsoft Store, which can be found here. To start the download, they will have to click the “Get” button on the right side of the screen.

As mentioned, the “NBA 2K21” demo on both console systems is free. But do not expect it to have all the features included in the full game. For one, the demo does not come with online gameplay so players need some free space on their console storage to download it successfully. The PS Store indicates the demo will require 30.04 GB. Microsoft Store does not mention the storage requirement information, but Xbox One players should expect around 30 GB as well since the contents on both versions are the same.

The “NBA 2K21” demo will allow gamers to play with the present-day Milwaukee Bucks and Los Angeles Clippers lineups. The All-Time rosters of the LA Lakers and Boston Celtics are also in the demo, which means gamers get to see the late Kobe Bryant, Magic Johnson, Shaquille O’Neal, and LeBron James go up against Larry Bird, Paul Pierce, and Kevin Garnett. Aside from the on-court actions, the demo will also let fans test the MyPLAYER Builder that promises “unique customizations” for the in-game player.

This is a good chance for gamers to see what changes have been applied to the “NBA 2K21” compared to its predecessor. It might also help others decide whether to get the game for the current-generation consoles or just wait for the PS5 and Xbox Series X before purchasing the basketball sim. Unfortunately, unlike titles from other developers, “NBA 2K21” will not get a free upgrade for the next-generation consoles.

“NBA 2K21” will be released on Sept. 4 on PC, Google Stadia, PS4, Xbox One, and Nintendo Switch. The game will go live on the next-gen consoles once the hardware arrives later this year.