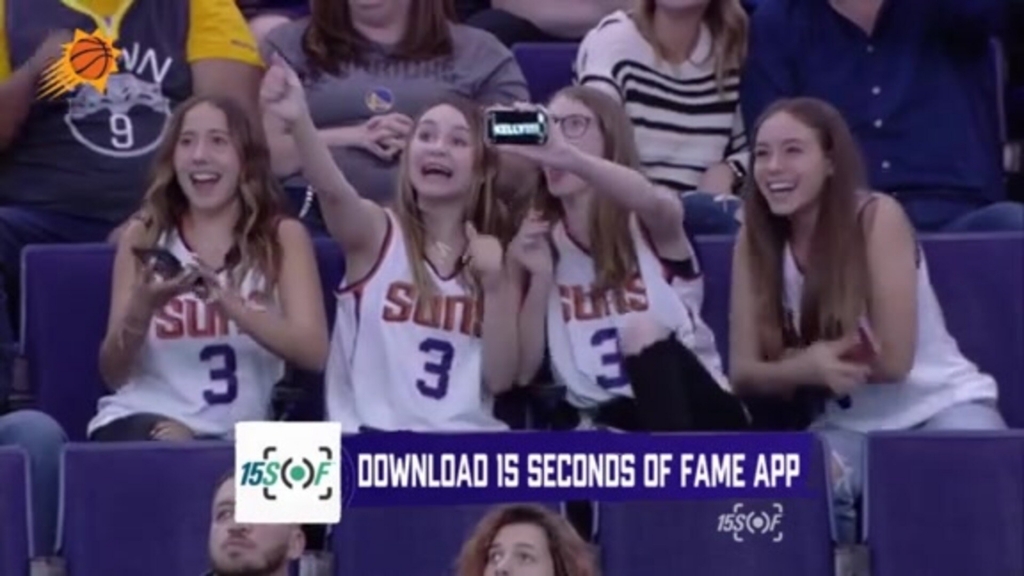 The video feeds from broadcast or in-venue sources are assembled by 15SOF using facial recognition software.

The National Basketball Association (NBA) has taken a minority stake in the 15 Seconds of Fame (15SOF) application, which lets spectators download clips of themselves from sporting events broadcasts.

The NBA is already a partner of 15SOF, as are the National Football League (NFL), Major League Baseball (MLB), and the Australian Open tennis Grand Slam.

The financial details of the agreement have not been made public, but the NBA's head of gaming and new business ventures, Scott Kauffman-Ross, called the investment a continuation of the NBA's commitment to embracing innovation and new technology.

The NBA has recently made several investments in other software firms, including the . maker of smart fabrics Nextiles and the kid-friendly social network Zigazoo.

The video feeds from broadcast or in-venue sources are assembled by 15SOF using facial recognition software, and the clips are then packaged and made available for download through partner applications.

Then, fans can post videos of themselves on the kiss cam or in the crowd to social media, increasing engagement and raising awareness while also bringing in advertising income that is split between 15SOF and its partners.