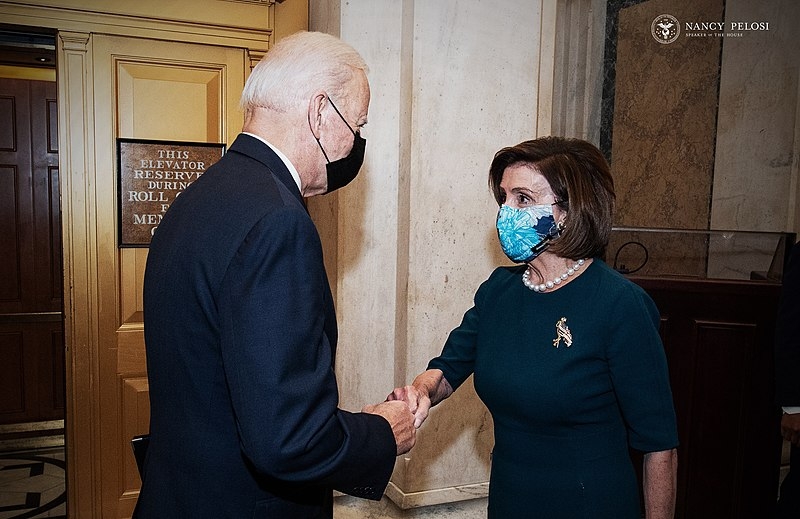 With the bipartisan infrastructure bill signed into law this week, Congress is set to pass another bill that makes up another major part of US President Joe Biden’s agenda. National Economic Council director Brian Deese said that the House would take up a vote on the social infrastructure bill this week.

In his appearance at CNN’s “State of the Union” over the weekend, Deese predicted that the House would vote on the social infrastructure package this week when it returns. Deese said he is confident that House Speaker Nancy Pelosi will bring the proposal to the floor, securing enough votes for the bill to pass and move to the Senate. This follows months of negotiations amongst factions of the Democratic Party regarding the provisions included in the bill.

“We are confident that Speaker Pelosi is going to bring it up and that it will pass this week. We will move forward to the next process and moving it to the Senate,” said Deese.

The social infrastructure package would have provisions to address climate change, paid leave, reduced drug prices, worker training, as well as provisions for care and education. From the original $3.5 trillion price tag spaced out over 10 years, it was reduced to $1.75 trillion.

Deese linked the passage of the bill to inflation, saying during an interview at ABC’s “This Week” that the BBB bill would lower inflation rather than contribute to it. Deese noted that economists have looked over the proposal and concluded that the bill would not add to long-term inflation pressure.

“Our legislation is far-reaching, ensuring that future economy is greener and cleaner,” said Pelosi during a press conference in Glasgow.

“That means $250 billion in clean energy tax credits to develop and deploy the latest in future generations of clean power,” Pelosi added. “That means over $100 billion in addition for resilience including climate-smart agriculture and nature-based climate solutions; another $100 billion toward local and region-led climate and over $222 billion for environmental justice.”