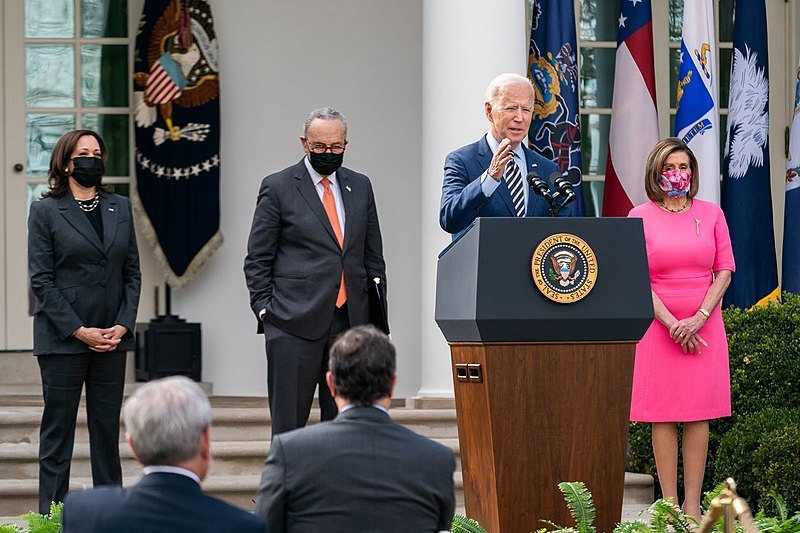 House Speaker Nancy Pelosi is still in the midst of overseeing negotiations amongst members of her party regarding the Democratic-led social infrastructure package of President Joe Biden. As Congress is scrambling to put a deal together before the end of the month, Pelosi maintained that nearly all congressional Democrats are on board with the emerging deal.

Pelosi remained optimistic that a deal would be reached as Congress is racing against the clock to pass both infrastructure bills that make up the bulk of Biden’s agenda. The California Democrat told colleagues Wednesday that the party is “in pretty good shape” regarding the social infrastructure deal that would make investments in climate, care, and education, among other aspects.

The sweeping bill would be funded through a proposed billionaire’s tax, a change from the initial proposal of tax hikes on corporations, which has seen objection from Arizona Senator Kyrsten Sinema. However, the provision has been opposed to by West Virginia Senator Joe Manchin, one of the two holdouts in whether Democratic-led legislation could sink or pass the evenly divided Senate. Manchin cited that such tax provision unfairly targets the wealthy, telling reporters that “we ought to be pleased that this country is able to produce the wealth.”

Democrats are looking to pass both bills before Biden leaves for Europe for the upcoming international summits. White House Press Secretary Jen Psaki said that Biden may visit Capitol Hill within the day and that the administration is closely monitoring for any developments.

Neither bill will pass without the other, as lawmakers have stressed. Progressive Democrats have threatened to oppose the Senate-passed bipartisan infrastructure bill should the House not pass the social spending bill.

Pelosi announced Wednesday that the House Rules Committee would be discussing parts of Biden’s social spending bill on Thursday, the day Biden leaves for Europe. The announcement comes despite not yet producing the final legislative text for the proposal, a sign that Democratic leadership is hoping to show signs of progress despite no final product yet.

“We are close to agreement on the priorities and topline of the legislation, which can and must pass the House and Senate,” wrote Pelosi in a letter to colleagues.