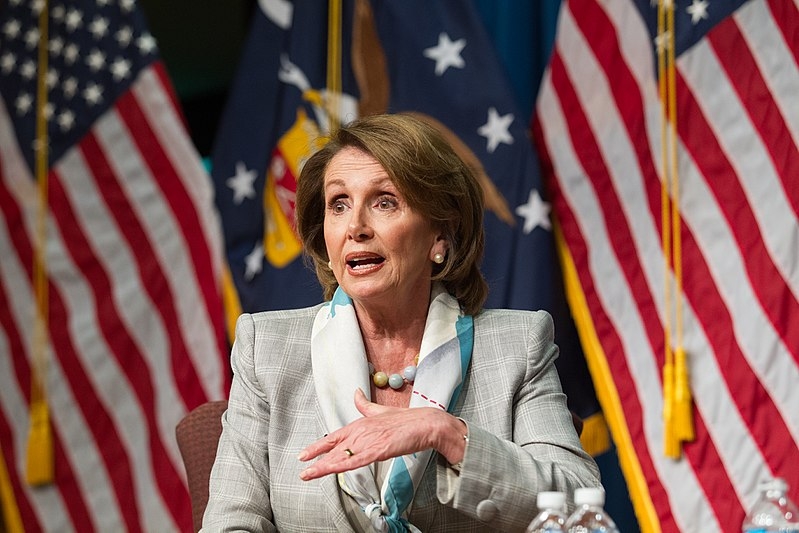 US Department of Labor / Wikimedia Commons

Six months after the Capitol insurrection that left five people dead with over 100 police officers injured, former President Donald Trump and his allies have attempted to push conspiracy theories that whitewash the events. Democratic House Speaker Nancy Pelosi’s office has since pushed back on Trump’s recent comments sympathizing with the rioters.

Pelosi’s office released a statement blasting the former president, following his remarks showing sympathy towards those who were involved in the insurrection. Hours before the incident, Trump held a rally protesting against his election loss to Joe Biden, repeatedly pushing the widely debunked claim that election fraud was what led to his loss. The claim culminated in the insurrection.

“Twice-impeached Florida retiree - and de facto leader of the Republican Party - Donald Trump joined House Republicans today in disrespecting the Capitol Police and other law enforcement officials,” said Pelosi’s office in the statement, referencing that Trump was impeached for the second time for inciting the insurrection. Trump would be the first US president to be impeached twice.

The statement further defends the Capitol Police while further blasting Trump over defending the suspected rioters now that they face legal consequences for their involvement. The FBI has since arrested and tried hundreds of rioters that were identified. Pelosi’s statement follows Trump’s comments regarding the rioters, saying that he believes they were being treated “unfairly.”

Trump also recently referenced one of the people that were killed during the insurrection, rioter and veteran Ashlii Babbitt. The former president and his supporters are now trying to paint Babbitt as a martyr. Trump pushed the talking point that Babbitt was shot through the head, but was actually through the left shoulder according to the DOJ.

Pelosi was among the targets of the rioters during the insurrection last January 6 with the emerging reports revealing the rioters threatening to kill her. One of the rioters, Pauline Bauer, who reportedly told the Capitol Police to bring the California Democrat out to be hanged, cited the bible as part of her defense in a Zoom meeting ahead of her trial.

Bauer quoted the bible as she claimed to have divine empowerment and immunity from the law. The rioter could face up to 20 years in prison if convicted.