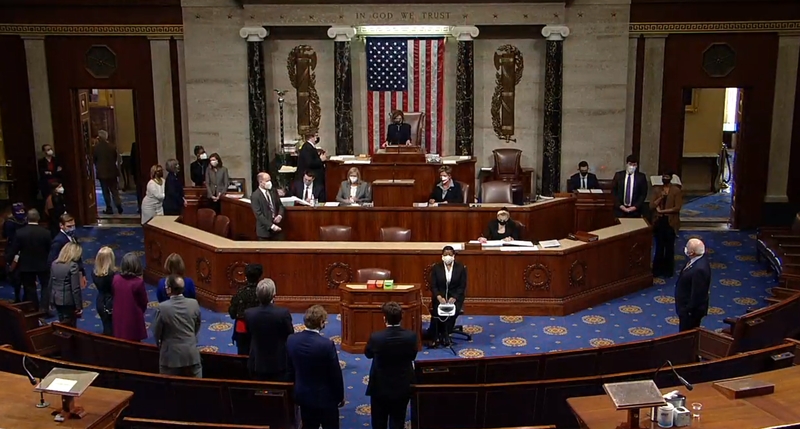 As the House Committee continues its investigation into the Capitol insurrection on January 6, the panel has already acted on its subpoena powers on former Trump strategist Steve Bannon. House Speaker Nancy Pelosi this week has officially informed the DC US attorney of Bannon’s defiance of the subpoena.

Pelosi officially informed Channing Phillips, the acting US attorney for DC that Bannon has refused to comply with the House Committee’s subpoena Monday evening. This follows the vote made by the House last week shortly after the committee unanimously voted to hold Bannon in contempt. Nine Republicans voted with the Democratic majority to hold Bannon in criminal contempt for defying the subpoena presented by the panel.

“The Chair will inform the House that pursuant to H.Res. 730, the Speaker has certified to the United States Attorney for the District of Columbia the refusal of Steven K. Bannon to produce the documents in compliance with a subpoena to the Select Committee to Investigate the January 6th Attack on the United States Capitol,” the statement read on the House floor at 6 p.m. Monday.

Bannon may face up to 12 months in jail along with a fine for refusing to comply with the congressional subpoena. The former Trump strategist maintained being protected by the former president’s executive privilege claims. This was soon refuted as Bannon was not a White House or Trump administration official at the time of the insurrection, thus the claims do not apply to him.

Joe Biden’s White House has also denied the twice-impeached former president’s claims of executive privilege to withhold documents of his White House related to January 6 from the House Committee.

Pelosi is also tackling the passage of the Democratic-led Build Back Better bill that would make investments in social infrastructure and take actions against climate change. People familiar with the matter revealed that Pelosi told both conflicting factions of the Democratic Party in a closed-door meeting that they should prepare to embrace the deal that would emerge from weeks of negotiations in order to pass both pieces of infrastructure legislation this week.

“We are on the verge of something major, transformative, historic, and bigger than anything else,” the House Speaker reportedly told her colleagues during the meeting.

“Embrace it for what it is,” Pelosi added. “No bill is everything. We cannot miss this opportunity.”

Even with Pelosi’s call for both moderates and progressives to embrace the emerging deal, the House Speaker maintained that the bipartisan infrastructure deal that has already passed the Senate will not be voted on until all Democrats have come to an agreement on the Build Back Better act.