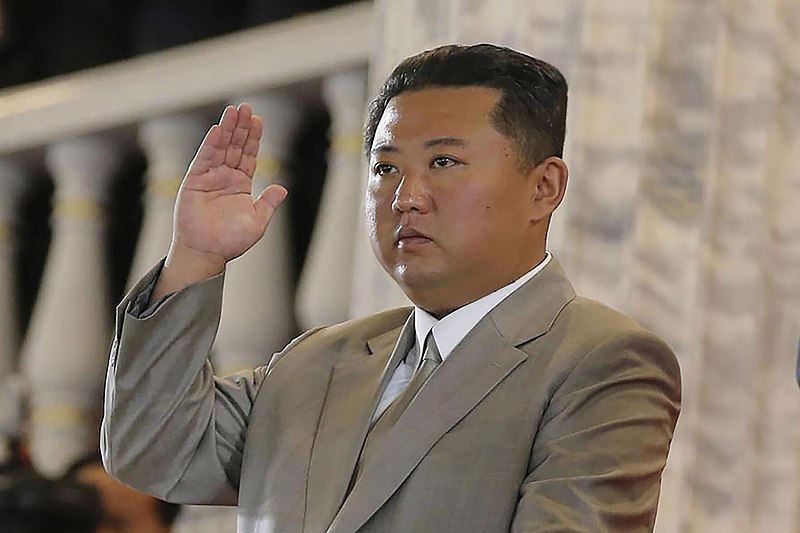 As of late, both North and South Korea appear to be in the midst of an arms race, with Pyongyang pushing forward with its military arsenal. North Korean leader Kim Jong-un recently unveiled the nation’s largest missile in a recent exhibition as tensions with South Korea and the US remain.

Kim attended the nation’s Defense Development Exhibition Monday and was reportedly seen posing for photos next to the nation’s largest missiles such as the Hwasong-16. The Hwasong-16 is North Korea’s largest intercontinental ballistic missile that was first introduced back in October 2020 in a military parade but was not yet test-fired. The exhibition also comes at a time where both Koreas seem to be in the midst of an arms race even as recent reports revealed that Kim ordered to repair communication lines with South Korea.

During the exhibition, Kim addressed the purpose of the nation developing its military arsenal, saying that the country is not looking to start a war but instead developing such weapons to prevent war from happening. Kim also criticized the ongoing military activities by Seoul as well as the policies of the US. Kim described Seoul’s recent military activities as “unrestricted and dangerous” and that its efforts are “destroying the military balance in the Korean peninsula and increasing military instability and danger.”

“Under the absurd pretext of suppressing our threats, South Korea has openly expressed its desire to gain an edge over us in military power on various occasions,” said the Noth Korean leader.

Seoul has ramped up its militarization efforts with its plans to build aircraft carriers, as well as the purchasing of American F-35 stealth fighters, and its recent test-firing of its first submarine-launched ballistic missile. North Korea has since moved forward with its missile program.

That is not the only criticism North Korea has given South Korea as of late. Following the recent success of the Netflix series, “Squid Game,” a North Korean propaganda website said that the show reveals the reality of South Korea’s capitalist culture where “corruption and immoral scoundrels are commonplace.” The website, citing unnamed South Korean film critics saying that the series shows an “unequal society where moneyless people are treated like chess pieces for the rich.”

“It is said that it makes people realize the sad reality of the beastly South Korean society in which human beings are driven into extreme competition and their humanity is being wiped out,” said the article.