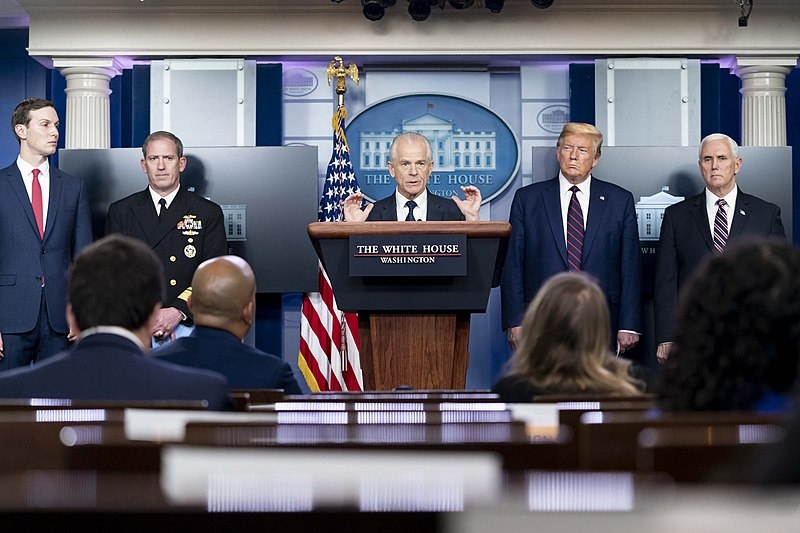 More evidence is surfacing regarding how far the members of Donald Trump’s inner circle, including the now-former president himself, were going to go to stay in power. Former Trump trade adviser Peter Navarro recently claimed that the FBI had incited the Capitol insurrection so as to derail his coup plot from happening.

Speaking on Steve Bannon’s “War Room” podcast, Navarro explained his last-ditch strategy to keep Trump in power following the 2020 elections but claimed that his plan failed was because the FBI incited the riots. Navarro cited one insurrectionist who allegedly brought on violence at the Capitol but was ultimately not charged by the feds.

To note, multiple investigations and audits into the 2020 elections proved that Biden won against Trump. Over 60 lawsuits contesting the results in the states that went to Biden were dismissed as Trump, and his allies have failed to produce proof of voter or election fraud being the cause of Biden’s victory. The Trump-backed audit in Arizona further reiterated that Biden won by more votes than the now-former president.

Following Navarro’s revelation of conspiring to keep Trump in power, John Dean – who was the White House counsel of Richard Nixon during the infamous Watergate scandal – questioned why the Justice Department has yet to criminally charge Navarro. Navarro previously revealed to The Daily Beast that he tried to get Republicans to object to Biden electors in order to delay the counting of votes that would have been sent back to the states.

Dean also questioned the inaction that the DOJ under Merrick Garland had taken so far.

“In his new book, former Trump aide Peter Navarro appears to be bragging that he got away with seditious conspiracy and conspiracy to obstruct and impede Congress, not to mention several other serious crimes. Apparently, the Department of Justice could care less? I don’t get it!” said Dean.