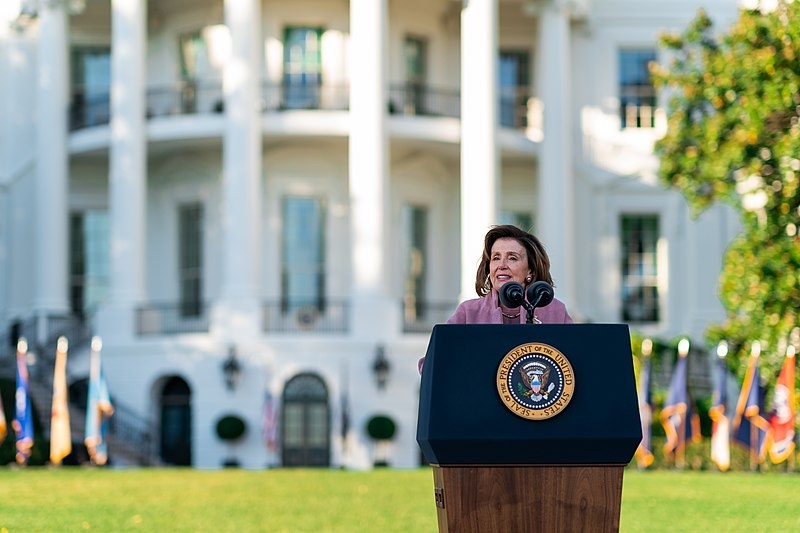 In a message sent to House Democrats, according to Newsweek, Pelosi said that there are events in the works to observe the anniversary of the insurrection. A mob of Trump supporters stormed into the Capitol on January 6, targeting top Democrats including Pelosi and even then-vice president Mike Pence. The riots also left five people dead and dozens of law enforcement officials injured.

“Already, preparations are underway for a full program of events, including a discussion among historians about the narrative of that day; an opportunity for Members to share their experiences and reflections from that day, and a prayerful vigil in the evening. All events will be live-streamed so that Members can watch and participate from their districts. As always, we will continue to work with the House Historian to establish and preserve records in this regard,” said the House Speaker.

Pelosi’s message appeared to be a way to generate interest from lawmakers who would like to be involved in the events as Congress will not be in session on that week in January.

The insurrection led to the historic second impeachment of now-former President Donald Trump, who also held a rally protesting his election loss hours before the riots transpired. Pelosi has since put together a committee to look into the efforts to block the peaceful transition of power.

The California Democrat also recently weighed in on the announcement made by West Virginia Senator Joe Manchin. Manchin announced on Fox News over the weekend that he will not be voting in favor of the Build Back Better bill, which has already passed the House. Manchin joins the entire Republican caucus in the Senate in opposing the bill, which led to a sharp rebuke from the White House.

Pelosi maintained during a news conference in San Francisco that Manchin will eventually come around and agree to vote for the proposal. Pelosi added that Democrats are determined to persuade Manchin to agree to vote in favor of the legislation.