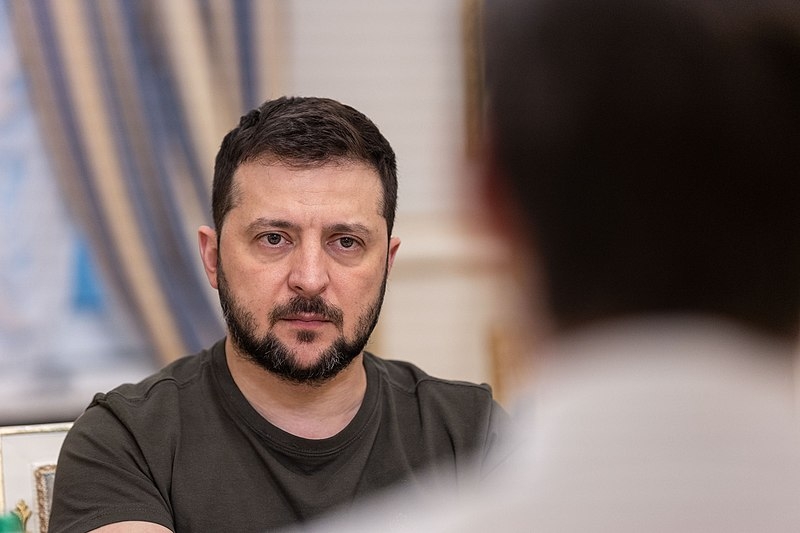 The West is imposing more sanctions on Russia for its unprovoked invasion of Ukraine as it continues to bombard the eastern and southern territories. During his address at this year’s World Economic Forum, Ukrainian President Volodymyr Zelenskyy urged stronger sanctions on Russia.

In a virtual address to the attendees at the World Economic Forum in Davos, Switzerland, Zelenskyy called for “maximum” sanctions on Russia in order to stop the aggression. This included introducing an oil embargo and completely cutting off Russia’s banks as well as trade. Zelenskyy cited that it is a precedent that could work for decades.

“This is what sanctions should be: They should be maximum so that Russia and every other potential aggressor that wants to wage a brutal war against its neighbor would clearly know the immediate consequences of their actions,” said Zelenskyy in his address through an interpreter.

The Ukrainian leader also called for the complete withdrawal of foreign companies in Russia and that Ukraine needs at least $5 billion of funding per month to rebuild itself.

“The amount of work is enormous: We have more than half a trillion of dollars in losses, tens of thousands of facilities were destroyed. We need to rebuild entire cities and industries,” Zelenskyy continued, adding that had Ukraine received all of its needs at once, thousands of lives would have been saved.

Zelenskyy’s remarks were one of the highlights of the four-day conference in Switzerland, which resumed after two years since the COVID-19 pandemic.

With Russian forces seizing Mariupol after a long period of fighting, Ukrainian authorities reported that 200 dead bodies were found in a basement of an apartment building in the city. Petro Andryushchenko, the adviser of the mayor of Mariupol reported the scene Tuesday but did not say when the bodies were discovered.

Russia continues to bombard eastern and southern Ukraine in its new offensive after failing to capture Kyiv and its surrounding regions.

Around 21,000 people were killed in Russia’s offensive in Mariupol, and Zelenskyy accused Russia of waging “total war” by trying to inflict as much death and destruction as possible in Ukraine.