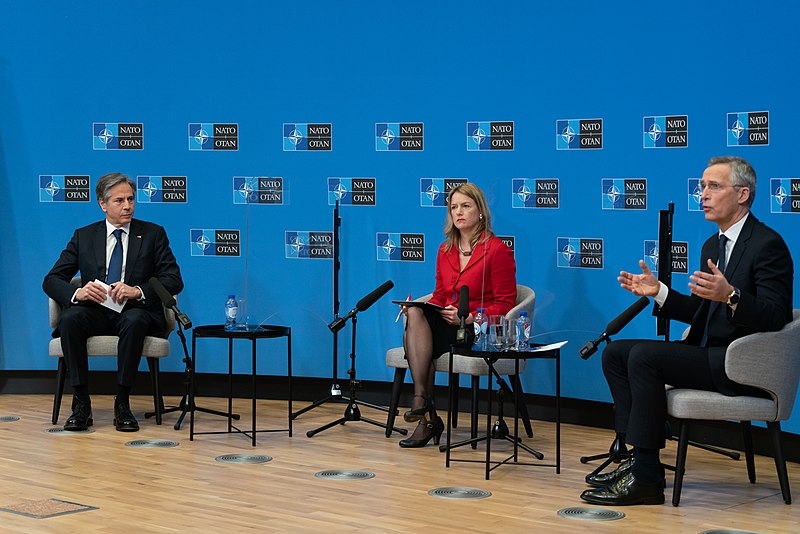 NATO’s Secretary-General Jens Stoltenberg lauded the recent advance Ukrainian troops made in their recapturing of the city of Lyman in the Donetsk region. Stoltenberg said the reclaiming of Lyman shows Ukraine’s ability to push back against Russian forces.

Speaking on NBC’s “Meet the Press” Sunday, Stoltenberg said that the Ukrainian forces were able to reclaim Lyman in Donetsk – one of the four territories Vladimir Putin claimed that Russia has officially annexed – showed their ability to push back against Russia. The annexation of Donetsk, Luhansk, Kherson, and Zaporizhzhia was met with widespread condemnation.

“We have seen that they have been able to take a new town, Lyman, and that demonstrates that the Ukrainians are making progress, are able to push back the Russian forces because of their courage, because of their bravery, their skills, but of course also because of the advanced weapons that the United States and other allies are providing,” said Stoltenberg.

Stoltenberg added that the best way to push back against Russia’s claim to annex portions of Ukraine was to continue supporting the Ukrainian government. When pressed on Ukraine’s application for an accelerated membership in the NATO alliance, Stoltenberg said the decision would require consensus from all 30 member states.

Stoltenberg also said that NATO supports the investigation into the reported sabotage of the Russian Nord Stream pipelines that run from Russia into Europe through the Baltic Sea.

“Any deliberate attack on critical NATO infrastructure will be met with a firm and united response from an angle,” said the NATO chief.

A US military official told reporters Monday that Washington has not seen a large-scale reinforcement of Russian troops on the ground in Ukraine despite Moscow’s efforts to mobilize around 300,000 of its reserve troops to fight in Ukraine.

“Broadly speaking, we’ve seen relatively small numbers…but nothing large-scale at this stage of the game,” said the official.

The mobilization has also resulted in an exodus of Russians trying to flee the country, with Russian lawyers saying that they are receiving an overwhelming amount of requests for help to avoid enlistment.

Hundreds of thousands of Russians have fled to neighboring countries such as Finland, Georgia, and Kazakhstan. Many others that are still in Russia are hiding from military recruiters in the hopes of evading the draft.