San Francisco 49ers: Travis Benjamin is the first member of 49ers to opt out of 2020 season 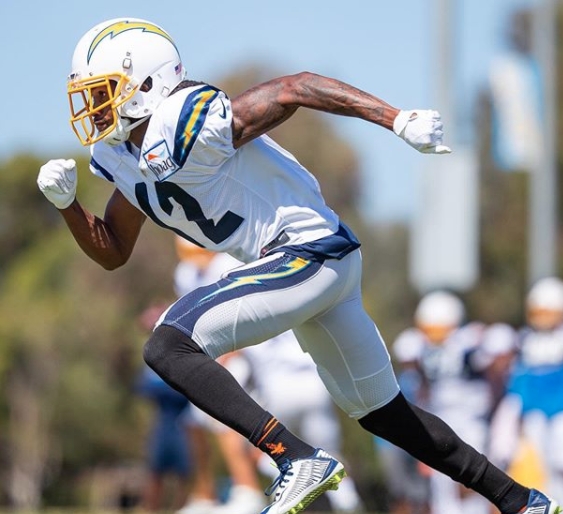 The San Francisco 49ers are joining other teams in having players who are not playing in the 2020 season of the National Football League (NFL).

Receiver Travis Benjamin, whom the San Francisco 49ers signed up for a one-year contract last March has announced that he will not be playing this season due to concerns pertaining to the Coronavirus Disease 2019 (COVID-19) pandemic.

Benjamin, who made his announcement on his Twitter account, is the first member of the 49ers who have decided to opt out of the 2020 season.

In his tweet, he first thanked the 49ers for their continued support to him. He then explained that after much consideration and discussion with his family, he has decided not to play in the 2020 season as he believes that this is the best decision for his family.

Benjamin added that he will continue to support his teammates and his friends in the league who will be taking part in the season which will kick off on September 10.

He ended his post wishing for everyone's safety while continuing to navigate the pandemic.

Kyle Shanahan, San Francisco 49ers head coach, said that he understands and respects the decision of players to opt out of the 2020 season.

It is not the first time that Benjamin would play for Shanahan as they have been together during their time with the Cleveland Browns.

The Browns drafted Benjamin as a fourth round pick in 2012, and, in 2014, Shanahan was the Browns' offensive coordinator.

Benjamin stayed with the Cleveland Browns for four years and the next four years with the Los Angeles Chargers before signing up with the 49ers.

The wide receiver joins 54 other NFL players who have decided to opt out of the 2020 season.

The opt out policy will allow players to sit out the 2020 NFL season due to the COVID-19 pandemic. Those players who are considered high risk for COVID-19 will receive a stipend of $350,000 while those who are not, will get $150,000. This is an advance that will be taken out of their salaries next year.