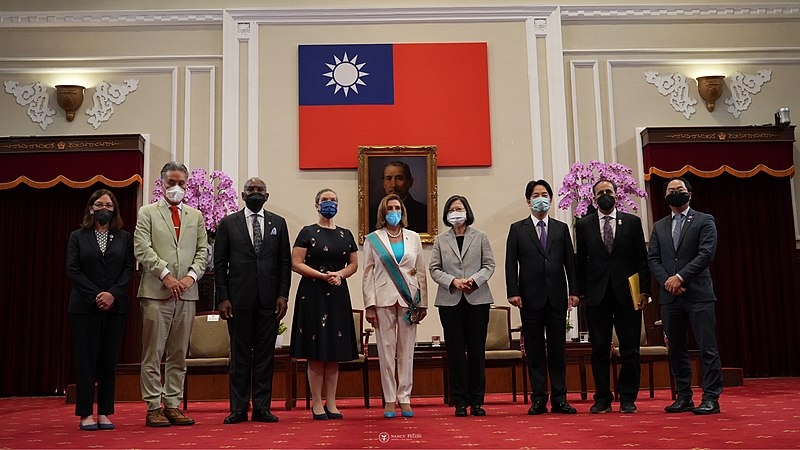 Tensions remain high between the US and China over the island nation of Taiwan in light of the recent visit of US House Speaker Nancy Pelosi. With China stepping up its show of force amidst the visit, the island nation was negotiating with the neighbouring countries of Japan and the Philippines over alternative air routes.

Taiwan’s Central News Agency reported Wednesday that the island nation was negotiating with Japan and the Philippines to find alternative aviation routes. This follows the announcement made by China of military drills close to the island, which Taipei described as essentially a “blockade.”

According to Taiwan’s transport minister Wang Kwo-Tsai, negotiations are over alternative air routes as there is no need for Taiwan to find alternative sea routes because its ships can avoid the zones where Beijing’s army is holding its drills.

The routes come as China has sought to assert its sovereignty over Taiwan in a show of opposition to Pelosi’s visit to the island. Pelosi would be the highest-ranking US official to visit Taiwan since her predecessor Newt Gingrich in 1997 and has a history of being critical of Beijing.

Following her visit, Pelosi said China cannot prevent world leaders from travelling to Taiwan as Beijing has sought to threaten Washington with severe consequences should the top House Democrat visit even during her arrival.

“While they may prevent Taiwan from sending its leaders to global forums, they cannot prevent world leaders or anyone from traveling to Taiwan to pay respect to its flourishing democracy, to highlight its many successes, and to reaffirm our commitment to continued collaboration,” said Pelosi, referring to Taiwan being unable to participate in global meetings like with the World Health Organization due to objections from Beijing.

Taiwan has also pledged to ramp up security against possible disruptions from foreign forces, including cyber attacks following Pelosi’s visit. During a media briefing,

Lo said that in the coming days, the island nation would be the target of increased “psychological warfare” such as influence campaigns including misinformation in an attempt to sway the public’s opinion.