The suburbs are the future of post-COVID retail 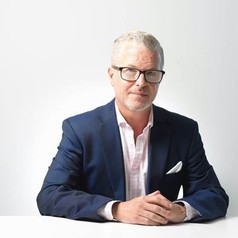 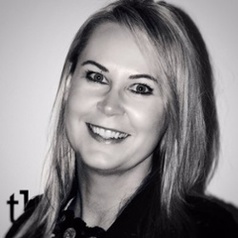 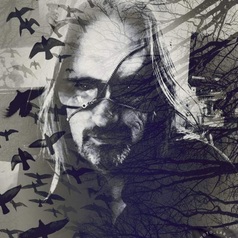 The COVID-19 pandemic delivered a body blow to CBD retailers, but it’s just the latest of their challenges in recent years. They were already under pressure from cautious consumer spending, intense competition from online retailing and the growth of suburban “mega-centres”.

Even as restrictions lift and CBDs reopen, it will not be business as normal.

Retailers that depend heavily on discretionary spending, for items such as clothing, footwear and accessories, have been hit particularly hard. Interestingly, despite an average decline in spending of -0.2% between 2015 and 2020, research by McKinsey in 2019 found clothing and footwear retailers increased their selling space by almost 2%.

Clothing, footwear and department store retailers are now expected to “right-size” their selling space. McKinsey predicts a floor-space reduction of more than 10% between now and 2024.

CBD-based department stores have fared worse than those in the suburbs. The Myer Annual Report 2020, for example, highlights the impact of COVID restrictions on CBD store sales. Despite reopening all stores (except Melbourne) by May 27, CBD store sales fell 33%, whereas suburban store sales contracted by only 9%, in the final seven weeks of the financial year. Myer reports: “Low foot traffic in CBDs expected to continue for the foreseeable future.” 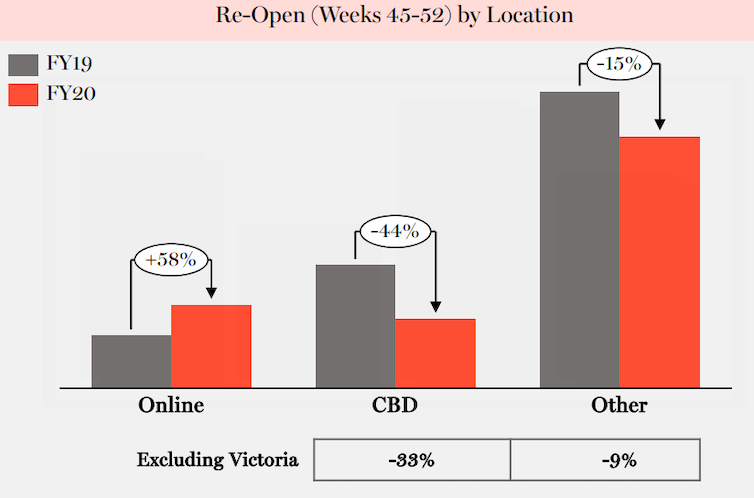 Research from Australia Post shows over 8.1 million households shopped online between March and August this year — 900,000 of them for the first time. In cities around Australia, foot traffic has become web traffic.

We can clearly see the impacts of this on physical retailers. A number of major retail chains have closed, including Toys ‘R’ Us, Roger David, Esprit, Ed Harry, TopShop and GAP over the past few years.

CBD workers shift away from commuting

As an increasing share of people work from home and fewer commute to city centres, the long-term future of CBD retailing looks bleak because of the fall in demand.

This shift in behaviour is likely to be substantial, as transport expert David Hensher recently observed:

The evidence reinforces the fact that as we move through and beyond the COVID-19 period, we can expect commuting activity to decline by an average of 25-30% as both employers and employees see value in a work-from-home plan.

The ongoing health and economic crisis caused by the COVID-19 pandemic and the required physical distancing measures will force many firms to introduce telework (working from home) on a large scale.

In Australia, it has been estimated 39% of all jobs in Australia — 41%of full-time and almost 35% of part-time – can be done from home.

CBD retailing relies on workers and visitors who use public transport. An August 2020 Transurban report found 84% of daily train users (77% of bus users) in Melbourne said they had reduced their use. Many said they did not expect to return to daily use even after the pandemic. Similar numbers were reported in Sydney and Brisbane. 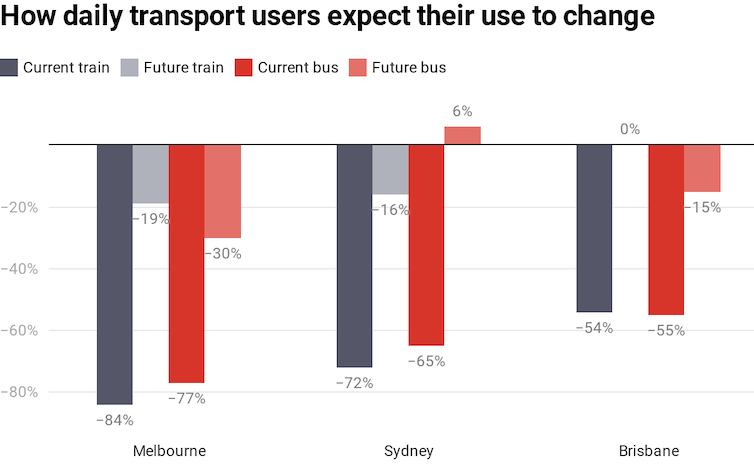 COVID restrictions and declining commuter traffic have also had big impacts on the food and beverage market. According to IBISWorld, Australian restaurant revenue has fallen by 25%, from almost A$20 billion in 2018-19 to just A$15 billion in 2019-20. Cafe owners are equally feeling the impact, with fewer commuters grabbing their morning coffee and fewer coffee meetings happening around town.

Back to the future

With both commercial and residential rents remaining relatively stable outside CBD zones, and more people choosing to work from home, we can expect to see a growth in “localism”.

Shopping mall owners have invested heavily in refurbishing and increasing the floor space of their centres to provide retail, hospitality, entertainment, leisure and recreation activities under one roof. Somewhat ironically, these refurbished malls have even appropriated design elements of traditional high streets.

With many more people working from home during the pandemic there has been something of a retail inversion with more people shopping locally. There are clear signs of a resurgence in local shopping villages and high street retailing. There even appears to be a corner store revival of sorts.

CBD-based retail is at a crossroads, especially in Melbourne and Sydney. Despite restrictions being lifted, the data indicate CDBs may never return to the “bustling metropolises” they once were.

The precarious state of the national economy, government plans to reduce subsidy payments, more people working from home, shopping locally and online, all point to a bumpy road ahead for CBD retailers.

Major questions are being raised about the future character and function of the CBD and, ultimately, about the structure of Australian cities more broadly.