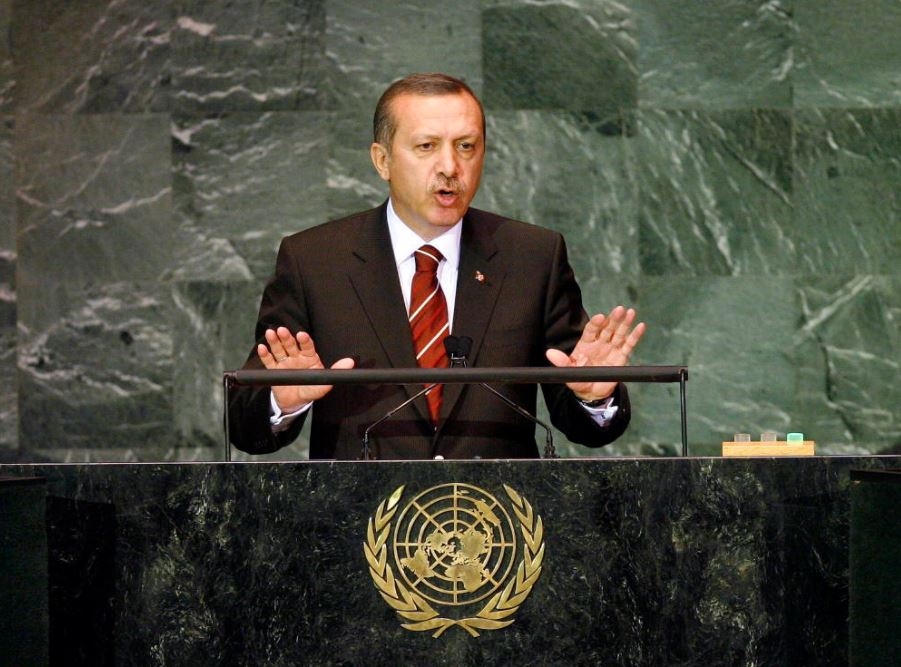 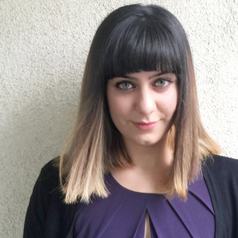 All is not looking rosy for Recep Tayyip Erdoğan, Turkey’s authoritarian president. Once feted for presiding over what was generally considered a regional success story, his stock is falling rapidly as the economic problems faced by his country pile up.

In November, the inflation rate in the country soared to 14.03%, 1.5 points over the expected level and a 15-month high. The latest figures reflect a 2.3% rise in monthly consumer prices – and, ominously, the most significant price increases are for basic day-to-day necessities such as food, non-alcoholic beverages and transport.

Meanwhile, the country has been experiencing another – and possibly more severe – crisis in the form of the devaluation of its currency. The falling value of the Turkish lira is not news – this has been happening for years. But the rate of decline has been notably dramatic this year as the lira has reached record lows against major currencies. Since the beginning of 2020, the currency has lost nearly 30% against the US dollar and more than 30% against the euro.

In response, Erdoğan dismissed Murat Uysal, the head of the Turkish central bank, while his own son-in-law, Bilal Erdogan, unexpectedly resigned as finance minister. While the lira rallied slightly after these developments, the currency remains in the doldrums.

It is difficult to point to a single reason for Turkey’s economic woes. But one factor that is often overlooked is the country’s foreign policy. Erdoğan’s aggressive – and costly – ambitions, aiming at establishing Turkey as a regional power, appear to be backfiring in ways that are undermining investor confidence.

Turkey’s assertive stance in the region has been raising eyebrows in western capitals for a few years now. Most recently Turkey has been aggressively pursuing the expansion of its maritime boundaries at the expense of Greece and Cyprus through an agreement with one of the warring parties in Libya’s civil war. Erdoğan is eager to halt the construction of a joint Greek-Israeli-Cypriot oil pipeline, as well as to seize areas of the ocean floor claimed by those countries rich in valuable hydrocarbons. But Turkey’s aggression has been widely criticised for trying to “rewrite exclusive economic zones of the Mediterranean”, and the dispute has drawn in Greek ally France as well.

Meanwhile Turkey has become heavily involved in the Nagorno-Karabakh conflict in a disputed region of the South Caucasus, taking the side of Azerbaijan in its incursion into Armenian territory. Ankara has provided arms as well as manpower in the form of Syrian opposition fighters. 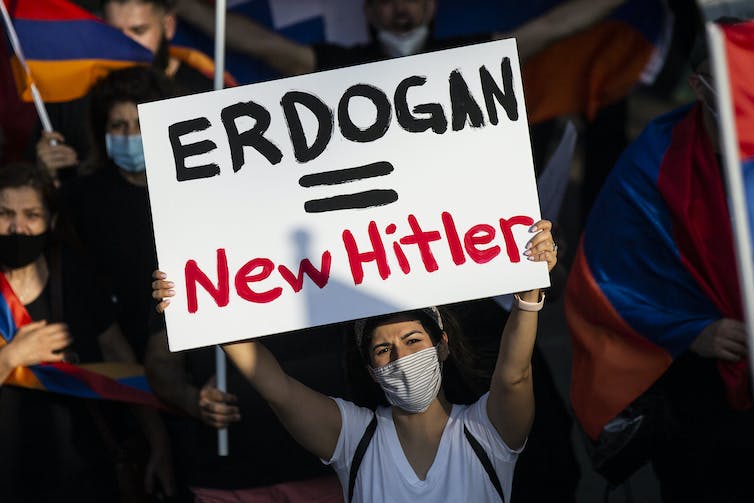 A protester holds a placard reading ‘Erdogan = New Hitler’ as thousands American-Armenian protesters march in front of the Consulate General of Turkey, demonstrating for Armenia against Azerbaijan. EPA-EFE/ Etienne Laurent

Turkey’s involvement was criticised by a number of international actors including US secretary of state, Mike Pompeo, and French president, Emmanuel Macron. Critics have denounced what they see as the country’s “neo-imperial ambitions,” which have complicated the conflict, causing greater instability in the region.

To make matters worse, Turkey’s controversial purchase of the Russian S-400 aircraft system last summer and testing of the system in October drew a strong rebuke from the US, with one state department official saying that “sanctions are very much on the table”.

Moreover, there has been Ankara’s heavy involvement in Syria and Libya, the former of which led to the country directly occupying territory in northern Syria. This has not only proved financially costly, it has further contributed to Turkey’s image as an unpredictable partner and led to further isolation from the US and the EU, with whom Turkey had previously sought close ties.

This assertive foreign policy forms a cornerstone of Erdoğan’s neo-Ottoman aspirations for Turkey in the region. Coupled with a heavy nationalist rhetoric, these actions are also used to increase the Turkish president’s domestic legitimacy and increase his popularity by presenting himself as the restorer of national greatness.

But this has come with a price for its economy. Erdoğan’s regional ambitions are placing a heavy strain on an economy which is also struggling to cope with the COVID-19 crisis. Its actions bring further unpredictability that markets – especially given Turkey’s foreign capital-dependent economy – do not like.

Turkey’s current economic situation is a grim portent for Erdoğan. After a long period of shifting coalition governments and a stagnant economy, Erdoğan has tried to build an image over the years that links himself and the Justice and Development Party (AKP) with stability and prosperity. This has been a big factor in his popularity at home.

But the poor state of the Turkish economy presents a serious threat for Erdoğan, with 78% of people in Turkey believing that the economic situation in the country getting worse according to a recent Metropoll survey. While the government’s popularity had initially been boosted by the pandemic, Erdoğan’s ratings subsequently sunk dramatically.

Polling in October put the AKP at only 28.5% support in parliamentary voting intentions and in November polls showed that less than half approved of Erdoğan’s job performance. And worse may be yet to come for the president, with the economic fallout from his mishandling of the pandemic still to be fully felt.