US: House passes Inflation Reduction Act, to be signed into law 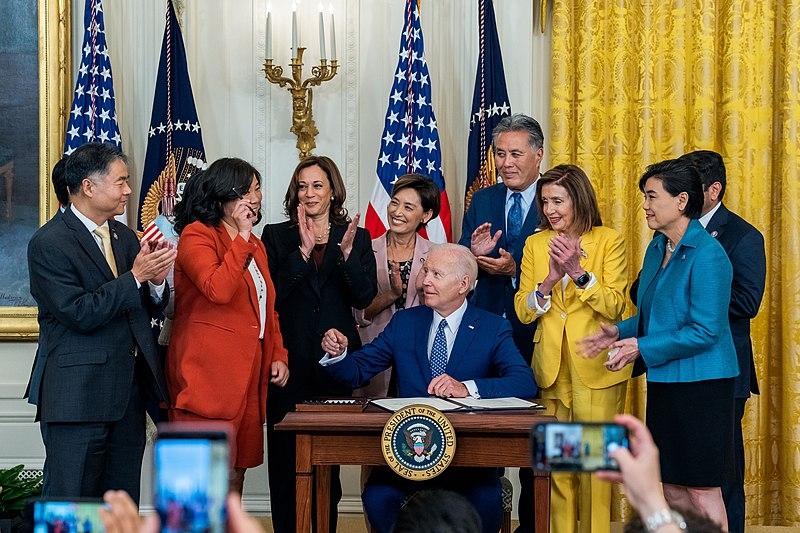 Friday last week, the US House of Representatives voted to pass the $430 billion Inflation Reduction Act. The bill is set to be signed into law by President Joe Biden in the coming days.

The Democratic-controlled House of Representatives passed the Inflation Reduction Act Friday last week. The legislation, which would address inflation, climate change, energy, and prescription drug prices, passed on party lines in the House as it did in the Senate a week prior. The passage of the bill marks another achievement for Biden and his administration approaching the November midterm elections.

“It is a resounding victory for America’s families,” said House Speaker Nancy Pelosi just before the vote. Pelosi described the bill as “a robust, cost-cutting package that meets the moment, ensuring that our families thrive and that our planet survives.”

Around half of the American public support the legislation, including 69 percent of Democrats and 34 percent of Republicans.

Biden said he plans to sign the bill this week and that the White House will hold an event to celebrate its passage on September 6.

“Today, the American people won. Special interests lost,” tweeted Biden. “With the passage of the Inflation Reduction Act in the House, families will see lower prescription drug prices, lower health care costs, and lower energy costs. I look forward to signing it into law next week.”

Biden is set to travel the country to promote the new legislation along with the other bills that successfully passed in Congress.

Meanwhile, Axios reported Sunday that the Biden administration is planning to circulate a memo in Congress defending Biden’s decision to withdraw all US military presence in Afghanistan a year since the withdrawal occurred.

The Federal Bureau of Investigation and the Department of Homeland Security also warned of a possible increase in threats against law enforcement agencies following the FBI’s execution of a search warrant in the Florida residence of former President Donald Trump.

Trump announced that federal agents “raided” his Florida residence, leading to backlash and threats to law enforcement from supporters of the former president and Republican lawmakers.

The DHS confirmed to Reuters that it sent a bulletin Friday on the threats, but did not disclose any specific information.