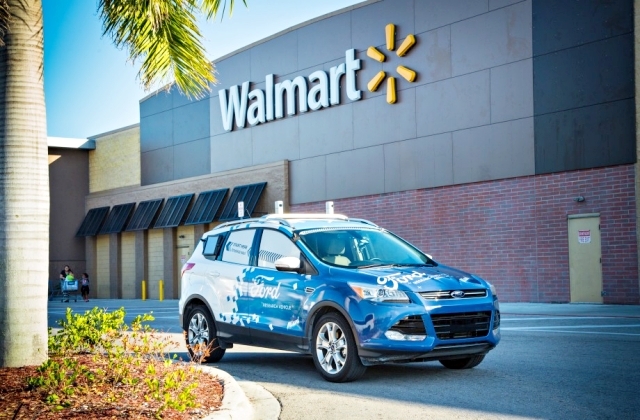 Walmart, Ford, and Argo AI joined forces to launch autonomous cars that will be used for delivery service. The retail giant reportedly expanded its self-driving vehicle program to add the Dearborn, Michigan-based automaker, and the autonomous car start-up firm.

According to CNBC, the trio announced on Wednesday, Sept. 15, that they will be using Ford Escape hybrids for their collaborative project. Argo AI’s self-driving technology system will be integrated into the said vehicle model and used for Walmart deliveries in select testing sites including the city of Miami, Austin, Texas, and Washington, D.C.

Under the program, customers of Walmart will be able to shop by placing their orders for groceries and other items online. The autonomous delivery will then bring the goods to the customers’ homes.

"We're excited to expand our autonomous delivery efforts in three new markets alongside Argo and Ford,” Walmart US’ senior vice president of last mile delivery, Tom Ward, said in a press release that was published by Ford on Sept. 15. “This collaboration will further our mission to get products to the homes of our customers with unparalleled speed and ease, and in turn, will continue to pave the way for autonomous delivery."

The team-up between Walmart, Ford, and Argo AI will put together a self-driving technology team where an automaker is able to integrate an advanced autonomous driving system developed by another company. Then finally, the world’s largest retailer is able to use the end product of the collaboration as it put efforts into adopting technologies to improve its delivery system.

Now, for the testing stage, the three companies will be releasing a few autonomous cars in each of the cities mentioned earlier. Later on, the number of self-driving delivery cars will be expanded.

Meanwhile, the Initial integration testing will start before this year ends and Walmart is pushing this as its customers’ demand for quick delivery is growing. More households are now expecting either next day or same-day delivery of their orders, especially in urban regions with a higher number of deliveries, as per Reuters.